Paolino For Non-Profit Expansion into 195 Land

Joseph R. Paolino Jr., real estate owner, developer, former Providence mayor, and, um, surface parking lot magnate has weighed in on the issue of developing the soon-to-be-available 195 land. In a published letter to the East Side Monthly (not where I would have chosen to get my opinion heard on downtown issues, but I digress) he strongly comes out in favor of allowing the health and education sectors (which are among the few to have grown and added jobs here in recent years) to expand into any of the plots available. In his own words:

“In my view, all land [italics are his] in the highway corridor should be open to tax-exempt as well as tax-paying institutions. The property-tax papyments that we give up will be more than offset by economic and community benefits in other forms… The important thing is to continue building a strong partnership with the universities and hospitals of Providence, so that they will continue to expand and enrich our city.”

He is especially concerned about the potential for a spurned Johnson and Wales to build its desired flagship campus for the 195 land at one of their other sites in North Carolina or Florida as well as lost potential for academic spinoffs to develop on the 195 land that would take advantage of the planned Brown Medical School expansion near Rhode Island Hospital. He also criticizes the slow development of Capital Center into something less than the tax coffer clogging economic engine that was originally envisioned and wishes the 195 land to avoid the same fate.

Whatever you think of Paolino’s political, business, or parking perspectives, I think he makes some interesting points (especially regarding Johnson and Wales) that make picking up an issue of ESM to read his letter worthwhile. I personally believe that this should ideally not be a divisive issue and that there will hopefully be enough room for both non-profit and for-profit development if planning for the land is done skillfully and efficiently. High density development here in the form of height and mixed-used structures could serve everyone’s interests, a fact that J&W appeared to recognize in their own plan for several low to mid-level towers on the land.

Many economists are predicting that our current economic condition will reverse in about 2011 to 2013, around the exact time the 195 land is predicted to come on-line. What do you think should be the ideal development plan for the 195 parcels when that happens? 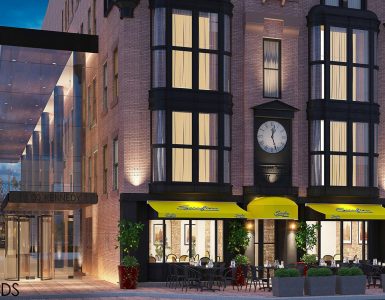 Former Mayor Joseph R. Paolino Jr. is seeking $4.25 million in state tax help to redevelop his historic office building at 30 Kennedy Plaza into a 48-room boutique hotel that he says would attract guests visiting the...

DRC to consider proposals for 2 new and 1 renovated building at their December 5th meeting. 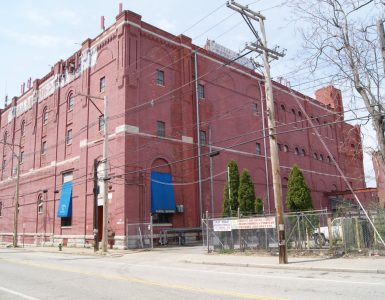