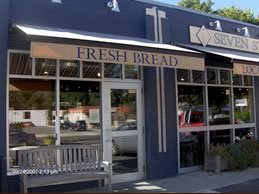 The Providence Business News has an excellent article with Nanda Head, the new organizer of the merchant’s association for the Hope Street shopes near the Rochambeau intersection. She says they would like to turn the strip into a retail destination (like Wayland Square or Wickenden) and she speaks truth when she states that the overall feel and flavor of the street is a bit “sad.”

She also seems to suggest that they may brand the area “Hope Street Center.” I, personally, really dislike that idea which seems inspired, perhaps, by the Massachusetts communities’ “Centers” like Newton Center.

First, for better or worse, Hope Street doesn’t impart positive impressions in most people’s minds and Hope St Center sounds a bit municipal. This isn’t like drawing prestige from Fifth Avenue or Newbury Street. Also, this retail section of Hope Street is quite small and doesn’t cover the road’s entire length, which could lead to some confusion.

Let’s all help them out. Let’s give them some suggestions for naming the Hope Street shopping area. I myself like the idea of using the Summit name, as it isn’t well known, it’s grounded in the neighborhood, and the term is upward looking. I also like the “Lippitt” name, drawing on the nearby park. So my suggestions are:

What are your ideas? Post them in the comments section and I’ll email all of the suggestions to the merchant’s association once we have them in!

Providence Business News reports today that Seven Stars Bakery is planning a new locations at Rumford Center in East Providence. Seven Stars currently has location at Hope Street on the East Side, Broadway on the West...

Providence’s restaurant scene continues to, out of the blue, get more interesting and less New-American/Italian dominated (see the Chinese Laundry, the crepe place on Weybosset, and Tini’s) with the opening...