As has been widely reported, Team Obama is on their way to the inauguration via rail in what we all can hope will be symbolic of a greater mass transit push in the years ahead. One national newscast even described Joseph Biden as the “nation’s most famous, frequent Amtrak rider.”

While, for the purpose of message, I would have loved to see the Obamas take something more akin to an Acela than the throwback, heritage railcar they appropriated, I think we’ll all take what we can get… 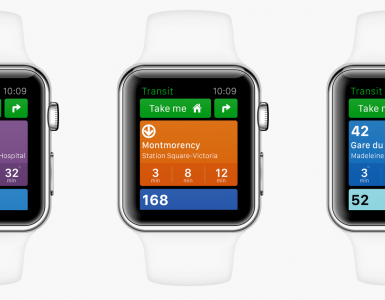 As a few popular iPhone apps begin rolling out updates for their built-in Apple Watch apps ahead of the April 24 launch, a pair of transit-focused services have posted on Medium to share detailed looks into exactly what...

Google Transit Seattle I often hear people say they would like to use public transit more often, but understanding all the schedules and routes is cumbersome and time consuming. If you rely on public transit every day...