Transit Cuts Across the Nation 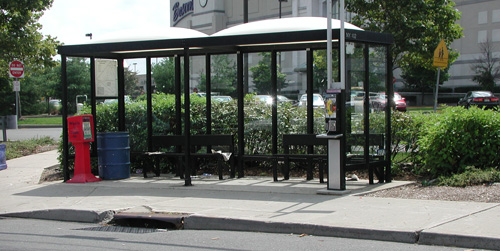 Photo by Urban from stock.xchng

There’s a must read NY Times article titled “Downturn Forces Transit Cuts as Ridership Grows” detailing what we all know to be true – that a society that’s using and desiring more mass transit as the economy worsens is hitting a funding wall.

The piece describes the amazing cuts proposed for St. Louis’ system (a loss of 2,300 bus stops and 25% of its transit workforce) and the bizarre situation of the federal government simultaneously funding the purchase of new buses and rail cars for that city while, due to federal refusal to help fund operations in the stimulus plan, the municipality plans to mothball over 100 existing buses while it gets the new metal that it can’t use. Incredible…

Read the full article here. A telling quote is below:

Some people who worked on the failed campaign to raise the sales tax to pay for more transit said that their efforts were complicated because most local voters still do not regularly take public transportation themselves. But in the leafy suburbs west of I-270, which are slated to lose almost all of their bus service, many people will soon discover that even if they do not take buses themselves, they rely on them to bring workers to their strip malls and shopping malls and office parks and hospitals and nursing homes.

We very clearly need a change in society where more individuals are invested in mass transit, both for themselves and for their fellow residents. Will this recession help fuel that shift?

View Larger Map Transportation For America has created the above map showing 38 transit agencies across the country (including RIPTA) which are facing funding cuts this year. The map was created by culling media reports...