I’ve heard this was coming and ProJo reports about it. RIPTA is looking to use stimulus money to purchase hybrid gas/diesel buses. The hybrid buses cost about $200k more than the $380-400k RIPTA pays for regular diesel buses, however fuel economy, savings on maintenance, and the longer life span of the hybrid buses lead to an overall savings over the life of the buses. RIPTA has wanted to move over to hybrid buses for some time, but has never had the money to do so, the stimulus plan provides an opportunity to start switching over the fleet.

According to ProJo, RIPTA has not decided how many of the hybrid buses they will buy yet, but they are expecting as much as $36million in stimulus finds which must be spent on capital items, like buses. RIPTA plans to place an order for new buses within the month. 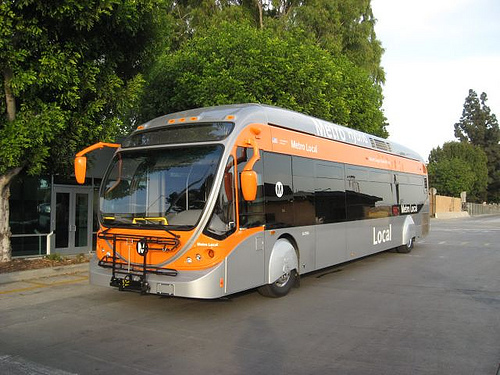 Wouldn’t it be wicked cool if we got sexy space buses like the one above from Los Angeles?

Likely though I imagine we’ll get ones like the Orion VII series, seen below in New York. 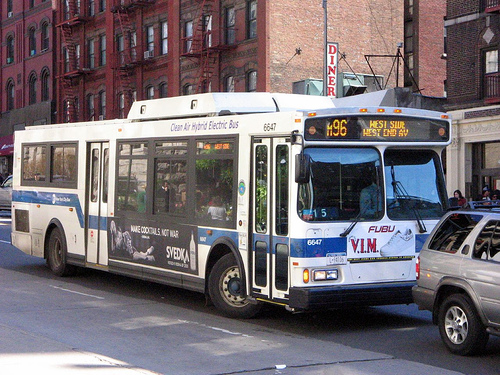 RIPTA will also be buying new trolleys for Providence. Hopefully they’ll be less craptacular than the existing trolleys.

Personally I’d rather see some smaller bus with low-floor easy boarding, comfortable seating, working suspension, working heaters and air-conditioners, that can operate when more than half an inch of snow falls… you know, nothing like the trolleys. This Los Angeles DASH shuttle below painted up with some neat-o graphics would do the trick. 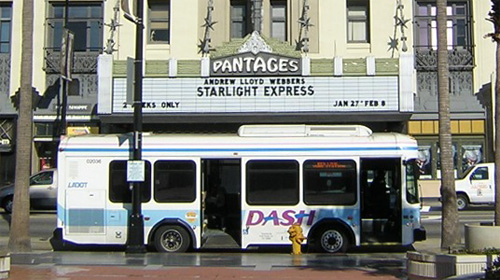 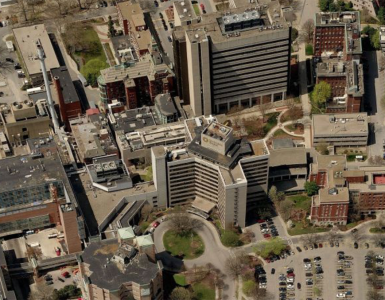 A ribbon cutting ceremony will be held at Kennedy Plaza on Monday, October 4th at 11am to intriduce RIPTA’s new hybrid buses and hybrid trolley buses. The new hybrid diesel Gillig buses and trolleys are powered by...

Starting October 31st and lasting through November 26th, Kennedy Plaza will be mostly closed for repaving. Buses will be moved to Exchange Terrace, near the Convention Center, and other areas (see graphic above and...