Four years ago today, the Providence Journal reported on what was to become, Rhode Island’s tallest building, OneTen Westminster Street.

Rendering of OneTen Westminster Street as proposed in 2005.

The Mayor was quoted as saying that OneTen would be a “first spark of a development boom.” And it was, in that time we’ve seen the development of GTECH, the Waterplace Condos, the Westin Residences, Capitol Cove, 333 Atwells Avenue, ALCO, RISD’s Chase Center and numerous other developments and renovations both large and small. We just never saw the development of OneTen Westminster.

Over the years, a number of buildings were torn down, approvals were given for OneTen to be developed, as proposed it grew to 520 feet, the tallest building in RI and the tallest residential building in New England (if you are into size competitions), a hotel component was added (rumored to be a W), the project was scaled back… Today we sit with a vacant lot on in the Financial District and a facade supported by steel beams on Weybosset Street. Last word is W still wants to open on the site, but is “working on financing.” I imagine that’s going slowly at this point.

Someday something will be built here, but as we’re seeing in the financial and real estate markets, Providence’s eyes were probably a little bigger than it’s belly when it came to supporting a 520 foot luxury condo in 2005. It would have been a damn cool building though. 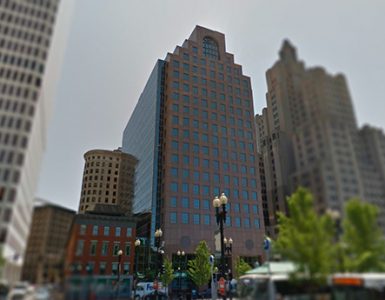 OneTen Westminster Street | Photo by Jef Nickerson Via Rep. Segal and the Providence Daily Dose: For any urbanists out there - The House Corporations Committee will be hearing legislation today to require that...