ProJo reports today that the Quonset Development Corporation will not hold a berth at Quonset Point for the U.S.S. Saratoga Museum which would include the U.S.S. Saratoga aircraft carrier. QDC issued a statement, reported by the Journal, stating, “While QDC applauds the Saratoga Foundation and its supporters for their ambitious efforts and sympathize with their desire to preserve this piece of American history, the project is regrettably incompatible with the ongoing development of the Business Park.”

And you know what, I kinda think this is good. Quonset should be a working port facility, not a place for a Museum. The anti-container port forces are up in arms no doubt, but I’ve never understood why we wouldn’t want a container port and the jobs it brings. Also, why have a Museum way out in isolation at Quonset Point, where there are no other attractions? The Saratoga Museum should be in Providence, where it can be one of many attractions drawing people to the city.

So I did a little Photoshopping to see if an aircraft carrier would even fit in Providence’s waters. I cut the Intrepid out of a Google Map of New York, and pasted it into a Google Map of Providence at the same resolution. 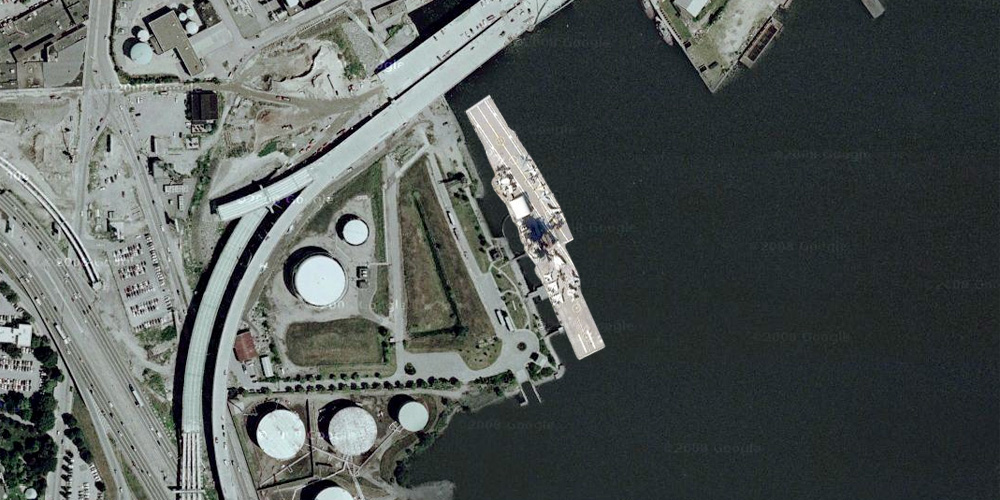 First we look at the former site of the Russian Sub in Collier Point Park. Without the sub, Collier Point is lacking an attraction. The carrier seems to fit here, but I do have to wonder about the draft. Also, an aircraft carrier would likely dwarf this small park, and cast it in shadows, and block the view to the water. As much as I’d like an attraction here, the carrier is probably too big for this location. 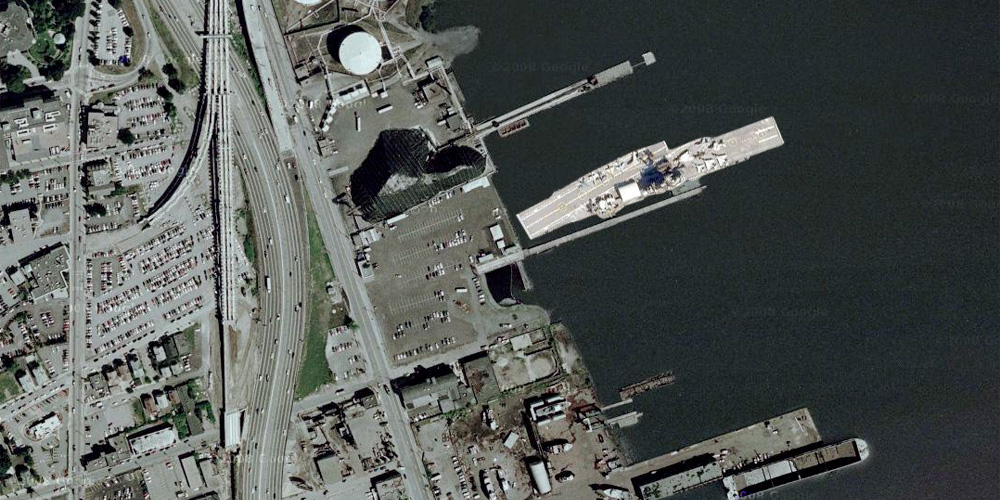 So let’s look downstream at Providence Piers. Seems to fit better here. Draft is less of a problem I imagine, but may still be an issue with this location. The ship should be able to be set perpendicular to the shore, so it is not a massive hulk blotting out the sun and water views. I’m sure Patrick Conley would absolutely love it. What might be problematic at this location is that the carrier would be longer than the pier, I don’t know if that would impact the channel at this location.

Final options if these two proved infeasible would be down by Save The Bay or, gasp, horror, the East Providence side of the river. If I had my way it would be in Providence proper, but we shouldn’t fail to remember, that we have a whole other city with a whole other giant under-used waterfront just across the Washington Bridge. It wouldn’t kill us to head over there every so often.

Replacement for the Russian Sub?

Reading Jef’s post below about the U.S.S. Saratoga reminded me of a piece that I had (somewhat) recently read in the Wall Street Journal and had been meaning to post about. The Navy has apparently been looking to...