So the ProJo reports on this and frankly, I’m a little confused (emphasis mine):

The cameras are solar powered; when tripped, they snap a series of up to four photos and send out a loud, pre-recorded warning notifying intruders that their photo has been taken and they will be prosecuted.

So OK, I’m not sure how I feel about privacy implications of having cameras in the parks. I tend to lean towards the if you’re in public, you have no privacy argument, although this is creepy. So where am I going to trip these cameras and get a stern warning from them. One of the parks that is supposed to receive them, and certainly needs them is Waterplace. But everywhere graffiti appears in Waterplace (which is everywhere) are very public spaces. So am I going to be walking around randomly and get my photo taken and told I am going to be prosecuted? That would suck, I’d rather have graffiti than get hassled by a camera. You know, I want to find one and I want to trip it.

How about working with the police department to find the vandals. Hell, when the building next to me got tagged I googled the tag and found the perp.

The Mayor’s Office is asking residents to fill out a brief survey about their park usage: We will use this information as a basis for community meetings in the fall that will focus on merging the Parks Department... 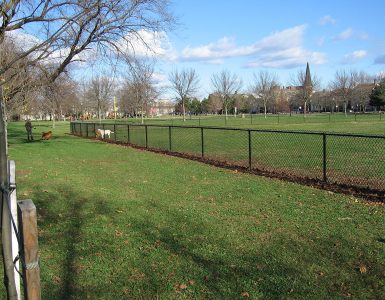 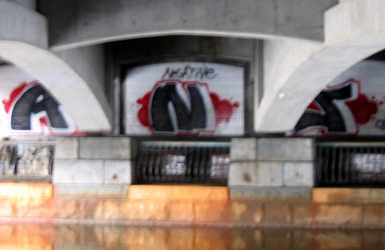 Under the Exchange Street Bridge in Waterplace Park; Tuesday, March 27th, 2007. It’s that time of year again, it seems like every year around this time, Waterplace becomes covered in graffiti (as does much of the...