Everybody Fung Wah to New York Reader Raastah reminds us that Fung Wah Bus is now providing direct service from Providence to New York City. Buses depart in the morning from 50 Exchange Terrace across from the Skating Center downtown. Buses arrive in New York at 139 Canal Street in Chinatown near the base of the Manhattan Bridge.

As Raastah points out, the buses only depart Providence in the morning, and return from New York in the evening. So an afterwork ride on a Friday night for example is out of the question. The fare is also $40 which is not very competitive. They do promise a 3 hour travel time, which sadly is better than what the Acela offers, however having lived in New York, I can attest that at times it takes nearly 3 hours to get from the city to the Connecticut line, so that 3 hour time is of course dependent on a lot of factors. 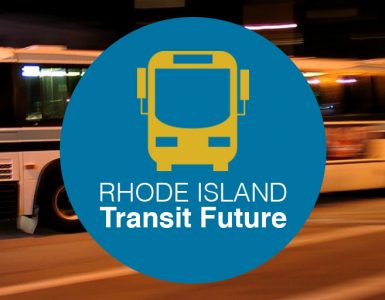 In recent articles and comments to posts, people have suggested that RIPTA might do better if it offered 24-hour service. Twenty-four hour transit would serve a population that is generally forced to drive, which...

Photo (cc) eekim Speaking of buses, remember when I posted about the double-deck Megabus operating between Boston and New York. And everyone was all like, “yay, when will they come to Providence?” And I was...

I’ve heard this was coming and ProJo reports about it. RIPTA is looking to use stimulus money to purchase hybrid gas/diesel buses. The hybrid buses cost about $200k more than the $380-400k RIPTA pays for regular...