Despite some tough economic times, there have been a lot of positive changes on Smith Street in the last year and in the last few months in particular.

Smith Street is one of those streets that has amazing potential to be a great urban masterpiece with shops and services lining its curbs all the way to North Providence and great communities branching off in all directions.

Below, I’d like to point out some of the changes we’re seeing heading West from the State house:

Where Bob’s Market used to be…

This used to be a corner store that was typical for the area, but a few months ago chain link went up around the building and I assumed the worst. Much to my surprise, within that fencing came renovations not demolition! Clearly, much work was being done on the interior, but even more visible was the transformation taking place outside. New awnings, brick pedestal-flanked iron fences, new windows, and new brick siding have totally metamorphosed the property.

Since their opening two weeks ago, the place seems busy. I stopped in the other day to pick up a menu. Inside are both pizza and deli options, some tables and chairs, and typical corner-market groceries.

Overall, I think this is a fantastic addition to the neighborhood, and I look forward to stopping in more frequently on my way home.

Where Valueland used to be…

The Valueland property has been vacant as long as I’ve lived here (over 4 years now), and the thought of there once being a grocery store on Smith Street seemed like such a tease.

Fortunately, ALDI Markets saw the potential in the site, and recently renovated the building, repaired the parking lot, and the doors to the store are now open. 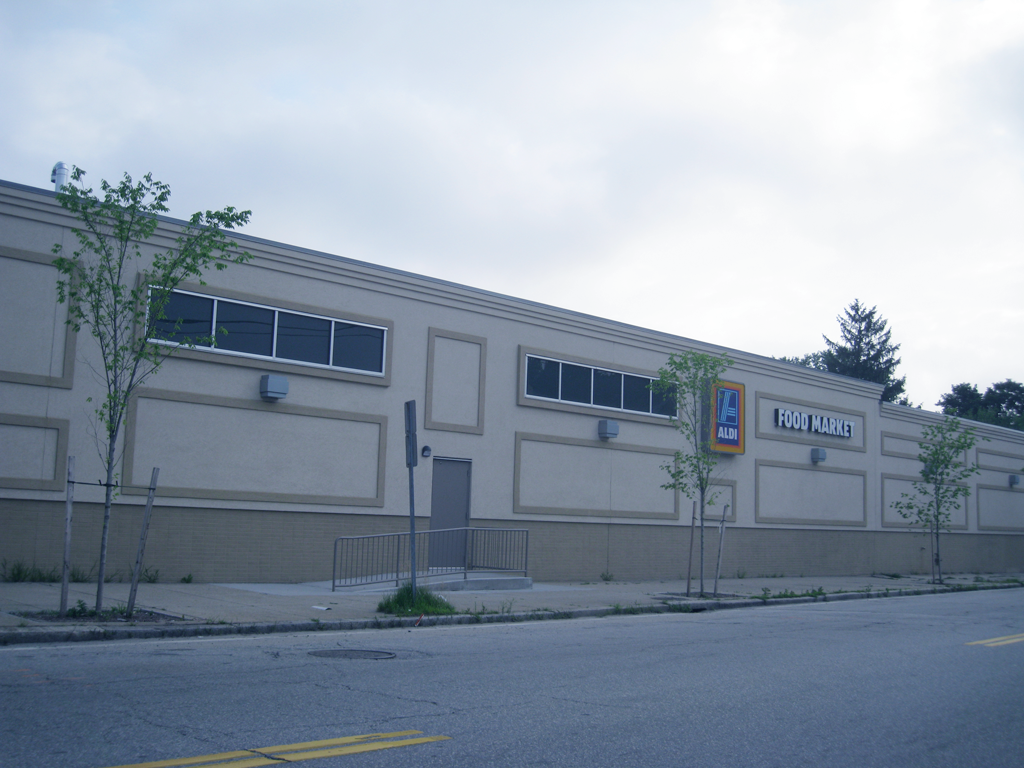 I have some mixed feelings about this property, however. I’m pleased that it’s a shopping center that’s build right up to the sidewalk with the parking lot mostly in the rear. There is some additional lighting that casts on the sidewalk at night, and with the new street trees, it already feels like a safer place to walk.

However, the entrance to the Aldi store is not accessed from this side of the building. Instead, there is a long wall along the sidewalk, not windows and doors to keep eyes on the street. You have to walk around to the rear of the building to enter the store. Apparently, the doors that are on the street side are for subdivisions within the building to sublet to other businesses. 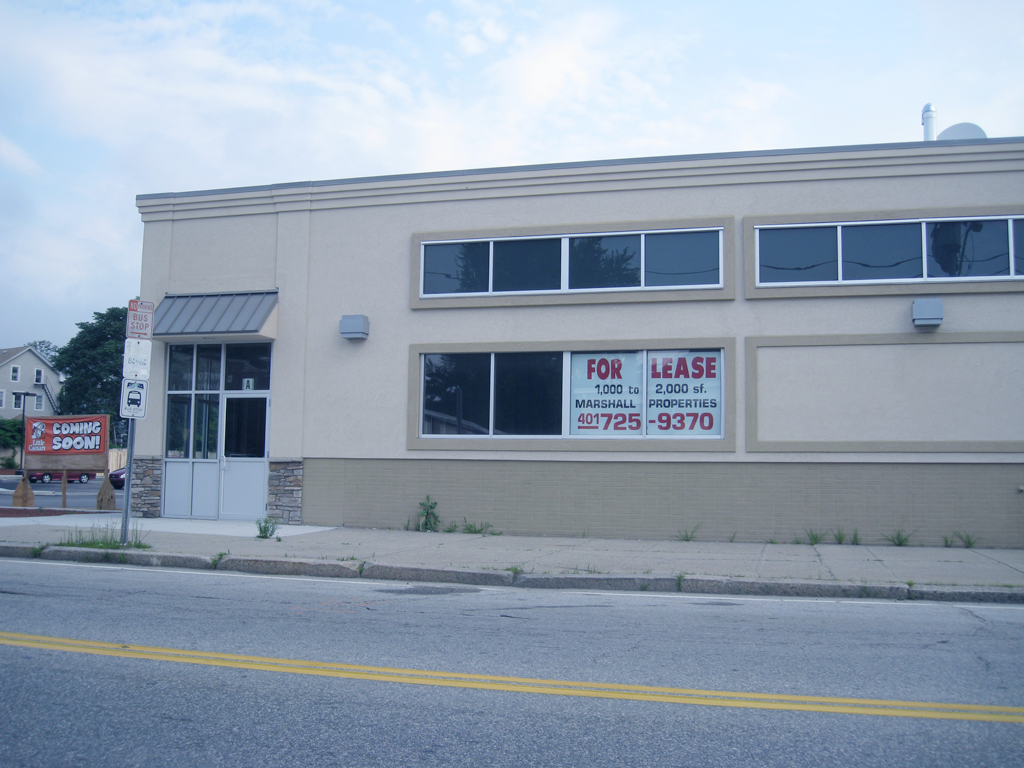 Though those spaces have been vacant since the store opened, a “coming soon” sign recently went up indicating that a Little Cesar’s is moving in.

I’m also not exactly impressed with Aldi’s grocery selection. This doesn’t seem to be the kind of store one could shop in exclusively without maintaining a diet consisting solely of flour and corn syrup based products.

I was pleased to see that another structure went up on the property, again built to the sidewalk and reducing the quantity of pavement along side the property. This new building went up in a matter of days and is now a national chain auto parts store.

Where the Earthen Vessel used to be…

As Bret pointed out in a recent post, this location is also on the mend. 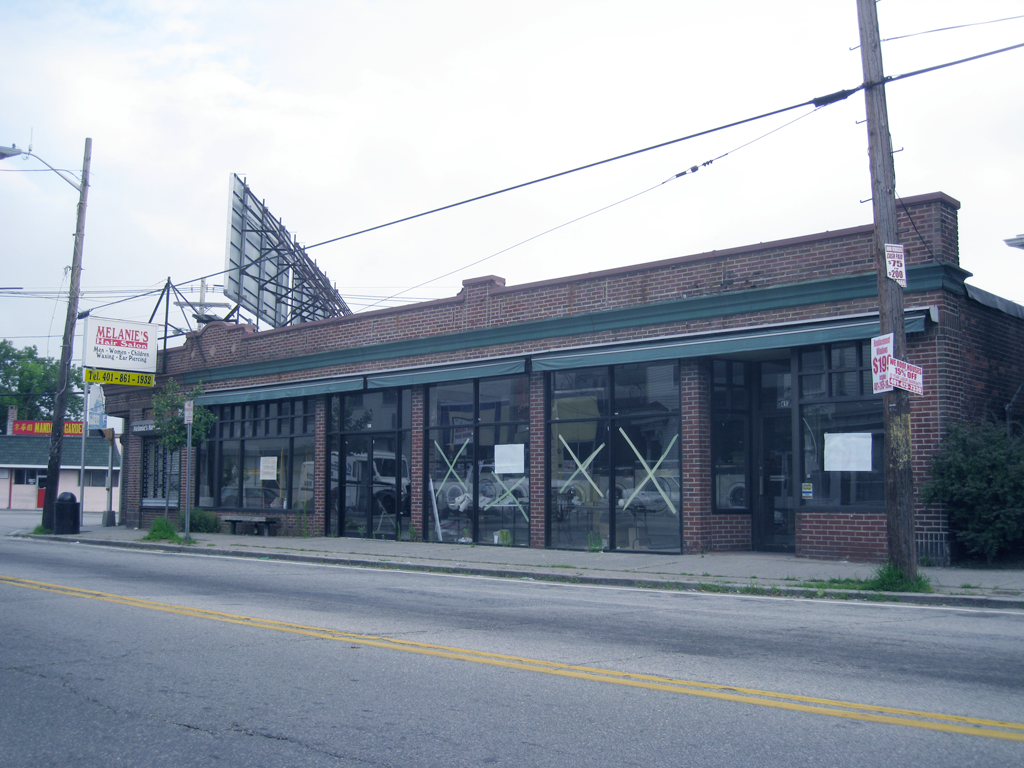 Though personally, I’d love to see nice restaurant here with patio seating, a nice new awning, and clever lighting, alas it appears that a laundromat will be the new operation; giving people a place to wash off any accidental stains after dining across the street on a few wienies-all-the-way.

Despite the rather boring necessity of a laundromat, it is a service that I’m sure will be used, and seeing all these buildings re-used and improved is a great stride forward for Smith Street.

Downcity Diner Fire, May 2006 • Photo by Jef Nickerson Back in May 2006 a fire gutted the Second Universalist Church Building, best known at the time as the home of the Downcity Diner. Now, 3 years later we see...

Snookers: I’m not sure how “old news” this is, but Snookers sports bar is listed to be “coming soon” at about 44 Ashburton Street on the other side of the 95 overpass from Kelly’s Car...