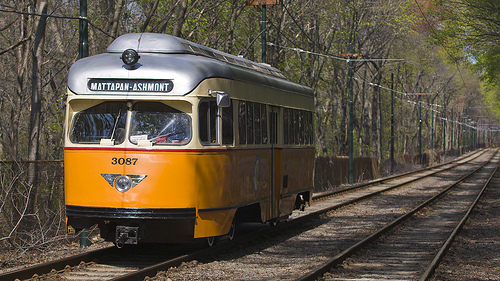 In a dramatic change from existing policy, U.S. Transportation Secretary Ray LaHood today proposed that new funding guidelines for major transit projects be based on livability issues such as economic development opportunities and environmental benefits, in addition to cost and time saved, which are currently the primary criteria.

In remarks at the Transportation Research Board annual meeting, the Secretary announced the Obama Administration’s plans to change how projects are selected to receive federal financial assistance in the Federal Transit Administration’s (FTA) New Starts and Small Starts programs. As part of this initiative, the FTA will immediately rescind budget restrictions issued by the Bush Administration in March of 2005 that focused primarily on how much a project shortened commute times in comparison to its cost.

“Our new policy for selecting major transit projects will work to promote livability rather than hinder it,” said Secretary LaHood. “We want to base our decisions on how much transit helps the environment, how much it improves development opportunities and how it makes our communities better places to live.”

The change will apply to how the Federal Transit Administration evaluates major transit projects going forward. In making funding decisions, the FTA will now evaluate the environmental, community and economic development benefits provided by transit projects, as well as the congestion relief benefits from such projects.

“This new approach will help us do a much better job of aligning our priorities and values with our transit investments” said FTA Administrator Peter Rogoff. “No longer will we ignore the many benefits that accrue to our environment and our communities when we build or expand rail and bus rapid transit systems.”

FTA will soon initiate a separate rulemaking process, inviting public comment on ways to appropriately measure all the benefits that result from such investments.

The remarks can be found at here.

Empty parking lot photo by sameold2008 from Flickr Ray LaHood, Transportation Secretary for the new Obama administration, has recently been quoted as wanting to “coerce people out of their cars.” Good news...