Yesterday we were getting reader reports that mature trees where being torn down at Riverview Plaza on Pitman Street (where Eastside Marketplace is located). After a bit of confusion and reports from people in the area, we received photographs from a reader showing that the trees in question were removed from the driveway nearest the Boston Sports Club building in the complex.

Screen capture from Google StreetView showing the trees before they were removed.

Meanwhile, the contractors on scene removing the actual trees said that one of the tenants complained that their sign could not be seen from Pitman Street and that was why the trees were being removed.

Update:
Comment from the Planning Department on this issue:

The preservation of the trees was part of the approved landscaping plan for the BSC project. Their removal is contrary to the approval and would have required an amendment to the plan by the City Plan Commission, which did not happen. Depending on what their canopy coverage figure is for the site, it might have required a zoning variance as well. These are not street trees, so the city tree ordinance does not apply regarding tree caliper replacement. However, it’s clear that they’ve violated at least the commission’s regulations, and perhaps the zoning ordinance. Some mitigation is going to be required. I expect that we’ll be seeking replacement of the tree canopy lost, with a factor that considers the maturity of the trees. I have traded phone messages with Karen Bodell, and will speak with her on Monday about how to proceed. I’m personally disappointed that these mature trees were taken down, and will do my best to ensure that this condition is corrected.

We’ve notified KGI Properties of the improper removal of trees at Riverview Place. Meeting this week to reach a resolution.less than a minute ago via web 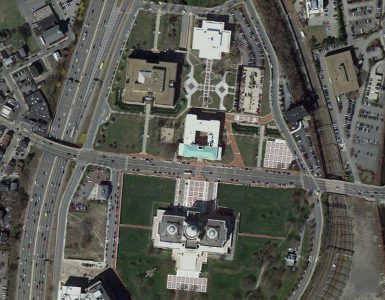 A reader shares photos on our Flickr page of the aftermath of the Weybosset Street tree removal. Photos taken Saturday evening. Photo © Andys Candys Share:Click to share on Facebook (Opens in new window)Click to...

"Elmer the Elm" loses his head.