Yes, crash sounds emotive while accident sounds cool, so it’s easy to assume that accident is more objective or factual. But sometimes the facts are emotive, and only an emotive word will accurately describe them. The directive even notices that avoiding the emotive word can constitute an emotional bias in the other direction: “Sheila was in a car accident!” “Oh no, I hope she’s OK!” “Well, she killed three cyclists, so she’s pretty upset!” “How terrible! I’ll send her some flowers.”

Reclaim Your Streets: How to Create Safe and Social Pedestrian Plazas [Yes!]

Driven Apart: How Sprawl Is Lengthening Our Commutes and Why Misleading Mobility Measures Are Making Things Worse [CEO for Cities]

Driven Apart ranks how long residents in the nation’s largest 51 metropolitan areas spend in peak hour traffic, and in some cases the rankings are almost the opposite of those listed in the 2009 Urban Mobility Report.

For instance, the UMR depicts Chicago as having some of the worst travel delays, when it actually has the shortest time spent in peak hour traffic of any major US metro area. In contrast, Nashville jumped from 31st to first on the list of those with the longest peak travel times. 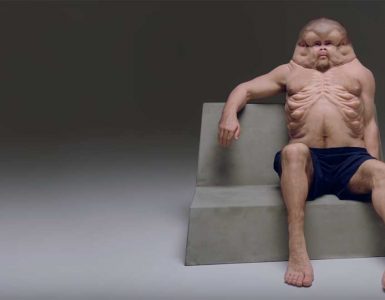 What if humans evolved to survive car crashes?

Humans are smart, but we’re also squishy, vulnerable, and prone to putting ourselves in heavy, explosion-powered machines that roll along the ground in excess of 70 miles per hour. In 2014, there were 32,674 car...

Warwick Beacon: Pedestrian in critical condition after being struck by car

The Warwick Police reported a car and pedestrian accident near 717 Post Rd. at around 8:50 p.m. on Saturday. The accident involved a vehicle operated by Katelyn Barnes, a 23-year-old female from Heath Avenue in Warwick...

WPRI: Pedestrian recovering after being hit by car

A late-night accident sent one person to the hospital after they were hit by a car on Waterman Avenue in East Providence.