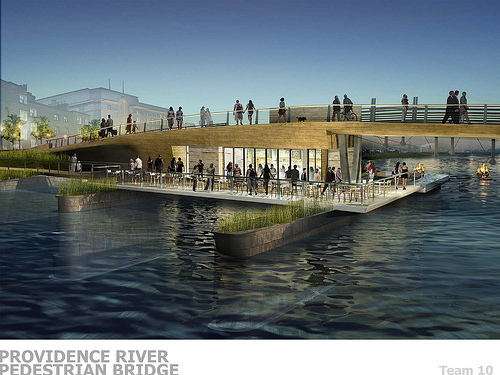 Last night at City Hall the design finalists for the new Providence River Pedestrian Bridge were unveiled. The designs are on display for public comment at City Hall. They are also online at Flickr (how web2.0 of the city, I like!). Let’s run them down here, but also be sure to visit the links for each design as I am not hyperlinking all that is available to read over on Flickr (and there is a lot!). A lot to take in huh? Be sure to visit the links for the design narrative and more renderings, and also leave comments on Flickr, the city will be reading comments there and the design committee will take them into account when choosing a winner. 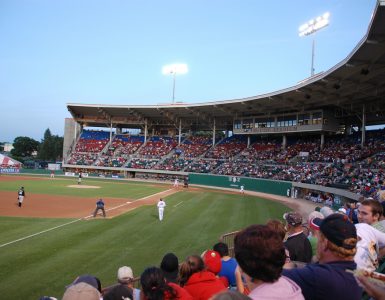