WARREN – The sprawling Warren Manufacturing property, which covers 14 acres of prime waterfront land in the north end, is for sale.

MMF Realty, which owns the so-called American Tourister site and operates Monarch Industries there, is working with Boston-based Realtor Grubb and Ellis to find a buyer or lessee willing and able to take over the property. It was listed for sale last Friday on loopnet.com, a commercial real estate site, and though it’s been less than a week since it went on the market, broker Anthony Caner, said there’s already a buzz.

The Providence Journal: The perils of Atwells Ave.

In addition, the firm suggests narrowing the driving lanes. There are two 14-foot-wide travel lanes and two, 8-foot-wide parking lanes along Atwells, with sidewalks on both sides. Reducing the lanes to 11 or 12 feet would force drivers to slow down and give those who are parking a buffer to get in and out of their cars.

The consultants say further study should be done on signs and lighting along the busy street.

Yes, pretty much what I said back in November. I’m sure my consulting fee is considerably cheaper.

WPRI – Ted Nesi: [Houston, we have a Chafee (and friends)]

The [Texas Medical Center], located in Texas’s biggest city, is the largest concentration of medical assets in the world. Home to 14 top hospitals – including the facility where Congresswoman Gabrielle Giffords is being rehabilitated – the TMC boasts the top-ranked cancer center in the U.S., a fleet of educational institutions in health-related fields and partnerships with Rice University and the University of Houston. All the institutions affiliated with the center are nonprofit.

Officials here hope Providence’s Knowledge District has the beginnings of a similar nexus. Brown University has broken ground on a new medical school campus there. It’s ground zero for innovative research in the biosciences. And Rhode Island’s congressional delegation has worked to secure federal funds for future infrastructure improvements, including a streetcar system and a cyberoptic network.

The Perry and Marty Granoff Center for the Creative Arts was officially dedicated on Thursday, Feb. 10, 2011, with a ceremony celebrating the arts at Brown.

The Riccis [R & P Construction and Demolition, of Johnston] said they walked through the house to ensure that no people or animals were inside before the demolition began. Once the house was completely knocked down, they said, they would “suit up” and walk through the debris to remove any hazardous materials.

And asbestos abatement was done when???

Shameless Plug: We’ve been nominated, now it is time to vote. Please feel free to vote for us as Best Blog in the Phoenix’s Best of 2011. You could also ask your friends, your mom, and your cat to vote for us if you like.[/alert] 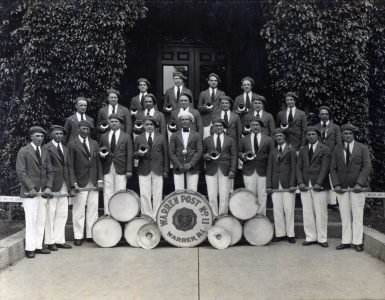 A 72-year-old Warren man was taken to Rhode Island Hospital after he was struck by a car on Main Street just before 8:30 Wednesday night.

Some important articles in last weekend's ProJo regarding the Route 195 land disposition process, Complete Streets, and the history of the pension crisis.