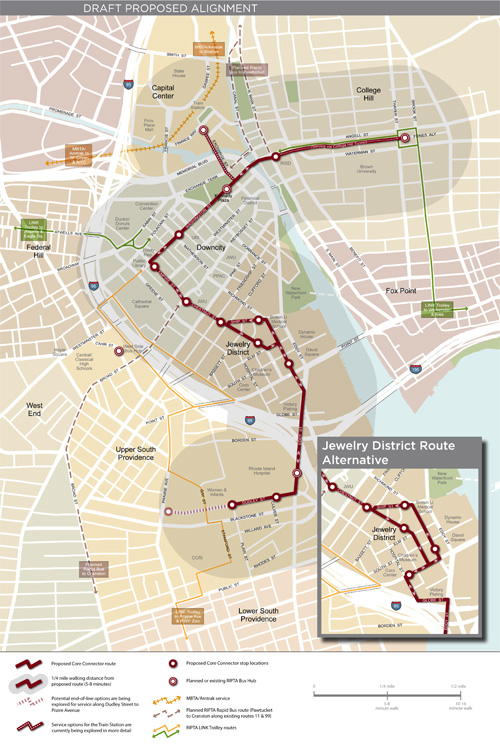 A potential new transit route through Providence’s downtown core has been identified, connecting the Hospital District in Upper South Providence with Downtown and College Hill. Both streetcar and enhanced bus transit are now being studied as future modes of service along this route.

This milestone in the Core Connector study was achieved by evaluating a range of possible paths for their ability to meet project goals and key performance measures (see summary here). Members of the public were able to weigh in at a December Public Forum and at more than a dozen meetings with businesses, institutions and neighborhood groups along the corridor. Information continues to be gathered along three segments of this route:

After an initial screening process to compare the benefits and costs of three route options and hearing feedback from the public, the Technical Working Group, key institutions, and stakeholder groups, RIPTA and the City feel that the West Route is the best option for Core Connector service. This route will now undergo further analysis.

Why was this route selected?
This route was selected out of three route options that were initially studied because it: