“As demand grows in the next decade, we will not have the oil-production capacity we will need to meet demand,” Chief Executive Officer John B. Hess said in a speech today at CERAWeek, a Houston conference held by IHS Cambridge Energy Research Associates. “The $140-per-barrel oil price of three years ago was not an aberration — it was a warning.”

Taking Back the Street [The TransportPolitic]

The fact that street space is about more than just automobile movement has yet to be recognized by a big swath of the population.

The Future of the Strip? [UrbanLand]

For more than 50 years, retailers have favored the commercial strip: a linear pattern of retail businesses strung along major roadways characterized by massive parking lots, big signs, boxlike buildings, and a total dependence on automobiles for access and circulation.

For years, planners have tried to contain and improve the strip. Now they are getting help from consumers and the marketplace. The era of strip development is slowly coming to an end. Evolving consumer behavior, changing demographics, high-priced gasoline, internet shopping, and the urbanization of the suburbs are all pointing to a new paradigm for commercial development.

Interview with Jaime Lerner [The Dirt]

Beginning in 1971, Jaime Lerner was elected Mayor of Curitiba, re-elected two more times, and then served as Governor of ParanÃƒÂ¡, Brazil. Lerner has won a number of major awards for his transportation, design, and environmental work, including the United Nations Environment Award; the Prince Claus Award, given by the Netherlands; and the Thomas Jefferson Foundation Medal in Architecture, given by the University of Virginia. In 2002, Lerner was elected president of the International Union of Architects. Lerner is principal of Jamie Lerner Associated Architects.

A Prince George’s County jury found the state of Maryland liable for the death of a pedestrian because they didn’t install a sidewalk.

A driver hit and killed Kelay Smith on Pennsylvania Avenue in District Heights in August 2008. There is a 200 foot gap in the sidewalk, forcing people to walk along the road.

The article is illustrated with a Google StreetView image showing a bus stop situated along a section of the roadway with no sidewalk. A condition which is common throughout Rhode Island.

Shameless Plug: We’ve been nominated, now it is time to vote. Please feel free to vote for us as Best Blog in the Phoenix’s Best of 2011. You could also ask your friends, your mom, and your cat to vote for us if you like. 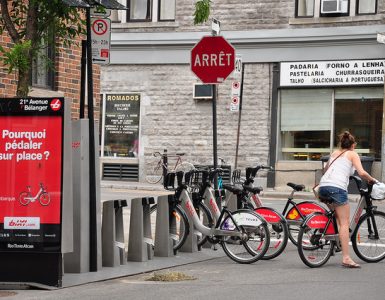