The Providence Journal: Panel would have power over redevelopment of Route 195 land

In addition to deciding on all redevelopment plans for the soon-to-be-vacant highway property, the proposed quasi-public commission would have the power to buy and sell land, borrow and lend money, invest money and negotiate tax agreements – all without state or city approvals. Employees of the commission would not be considered employees of the state or the city.

The legislation would give the commission such powers as setting zoning regulations and granting sales-tax exemptions to the companies it chooses to redevelop the land.

“Reading this bill set off a lot of alarm bells in terms of good government,” Common Cause Executive Director John Marion said in an e-mail. “Quasi-public entities should only be created when absolutely necessary. This entity will have the ability to tax, fine and hold elections. That is incredible power for an appointed entity.

“Even more worrisome is that this quasi-public [agency] will possess the powers of a number of city and state agencies, including planning and zoning, among others,” Marion said. “Essentially, this creates a separate city within the City of Providence, and one that is not controlled directly by the people.”

The powers of the proposed commission would stretch beyond the former highway land if a developer chosen for a project within the highway zone also owns abutting parcels. In that case, the abutting land would be subject to all the “powers and authority of the commission,” and not subject to any local review or approval.

The commission is authorized in the legislation to sell two parcels to Johnson & Wales University, provided that construction would begin within 12 months of the contract date and be completed within three years.

The university wants those irregularly shaped chunks of land along Friendship Street that adjoin its campus – known as parcels 31 and 36 – for student housing and academic buildings.

Façade programs are popular in part because they provide immediate and substantial impact that is visible to the public. As effective as these programs are, the field is littered with façade programs that are poorly designed and therefore go underused. The literature suggests that effective faÃƒÂ§ade improvement programs include some or all of the following characteristics.

Journal of Public Health: Are cars the new tobacco?

Background Public health must continually respond to new threats reflecting wider societal changes. Ecological public health recognizes the links between human health and global sustainability. We argue that these links are typified by the harms caused by dependence on private cars.

I really hope one of those new branches is in Providence. 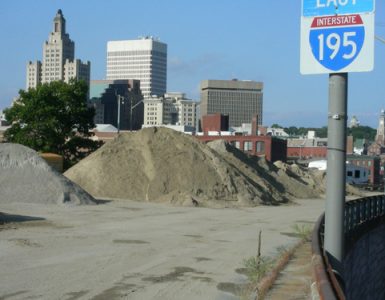 The 195 Redevelopment Commission, charged with developing the Providence land freed up by the relocation of Route 195, has hired three firms for website design, graphics and public relations.

A Community Forum on the Proposed creation of the I-195 Redevelopment District Commission, June 13

Some important articles in last weekend's ProJo regarding the Route 195 land disposition process, Complete Streets, and the history of the pension crisis.