This afternoon in Kennedy Plaza there was a rally of RIPTA Riders speaking out against proposed service cuts. The rally was well attended, probably 50+ people. I’m glad the Sierra Club of Rhode Island and others organized this rally and have been pushing hard on this issue, however…

I’ve had this thought in the back of my head throughout this whole service reduction process, and it is not a pretty thought, it is a thought about which I simply have to be blunt…

No one cares about poor people.

I mean, I do, and you dear reader, you do, and your friends and my friends do, but the Assembly doesn’t, and more importantly, the special interests who control what gets done on Smith Hill don’t. The Sierra Club’s campaign, and past discussions about RIPTA have often focused on those most at risk due to service cuts. The poor, the elderly, the disabled… You know what the loud mouths who comment on the ProJo think when they read that, Welfare.

Of course you and I know this is an unfair characterization of the service RIPTA provides. RIPTA is no more a form of welfare than Route 95 is or T.F. Green or the bridge work done to allow double decker freight trains to reach Quonset. Focusing on the poor and disadvantaged so much, though they are the ones most damaged by service reductions, is bad PR.

I hate to boil people down to that, but frankly PR is RIPTA’s biggest problem. What do people always cry about when they hear about RIPTA? “It is welfare for the poor,” “the buses only have one person on them half the time,” “half the people ride for free,” “the drivers are millionaires, lazy, rude..,” “Kennedy Plaza…” Bad PR. We don’t discuss that Blue Cross Blue Shield’s transit planning allowed them to build an undersized garage at their site, keeping hundreds of cars out of Providence and off the roads daily. Maintaining and building upon a robust transit system will allow our future development in the Jewelry District to have similarly under-built parking facilities, allowing us to expand our economy while maximizing land use, and not inducing pollution creating traffic into the city.

This is economic development stuff, this is what the Assembly members, and more importantly, the lobbyist who drive the agenda on Smith Hill want to hear about.

By all means, the Sierra Club and others must continue fighting for those who receive the most disproportionate hardship from these cuts. But the discussion about exactly what these kinds of cuts mean for our state and our society needs to be expanded and be more inclusive and honest.

Those in charge at Blue Cross Blue Shield, Lifespan, Brown, and other companies that will now have to find (and pay for) parking for employees that will no longer have buses (or find new employees) should be speaking as loudly as those advocating for the poor and disabled.

The 21st century will be a very bad time for the Ocean State if we decimate our transportation system, and it won’t just be the poor and disabled who suffer.

RIPTA Riders will be holding a rally at the State House in Providence next Wednesday August 17th. We want to let Smith Hill know: Rhode Island cannot afford to cut bus service. 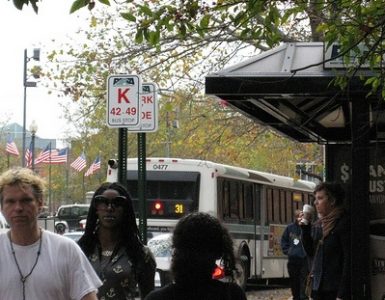