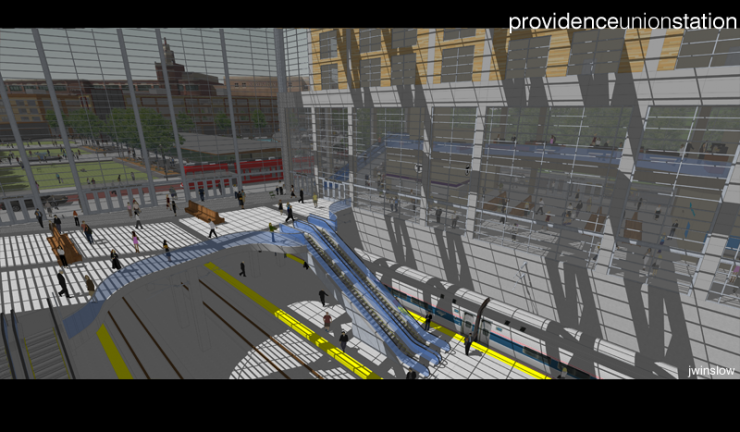 A couple months I Rebooted Providence Station. Shortly after that, Portland, Oregon based architect Jonathan Winslow forwarded me the plan he did for the station area while he was a student at RISD.

On his website you can see that Jonathan’s plan is a complete re-imagining of the existing train station. The new station features an atrium allowing light to reach down to the railroad platforms, an attached hotel, expanded restaurant and retail space, visitor information, new ticket booths, expaned waiting areas, and more.

A streetcar loop would connect the new station to Providence Place and Kennedy Plaza.

Jonathan has further explanations about his designs and many many more cool renderings on his website. You need to check it out. 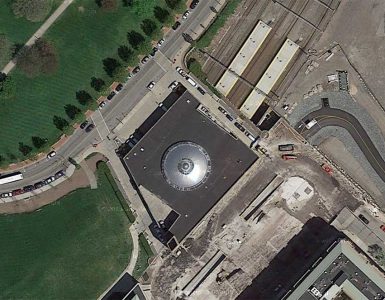 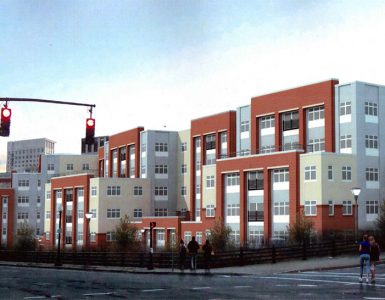 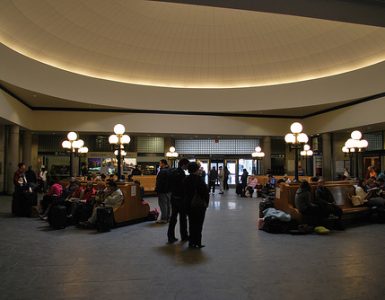 Providence Station is a hundred year mistake. Let's reboot it.