RIDOT began work on the Orms Street bridge over Route 95 over the weekend. The bridge is being partially closed in two parts between now and the spring of 2013. Currently the bridge’s 4-lanes are reduced to two and shifted to the northern side of the bridge while the southern side is demolished and rebuilt. Sometime in early 2012, the traffic will flip to the new section and the northern section will be rebuilt. After that, Orms Street will be restored to four lanes.

If the bridge is able to function for nearly two years with a reduction in lanes, surely it can remain forever like that.

Through a $4.6 million contract with Cardi Corporation, the project also includes roadway improvements to Orms Street, such as resurfacing, resetting of granite curb, installation of signing and pavement markings, and the installation of video detection equipment at the traffic signals. This equipment will replace the current loop detectors and will help to better manage traffic flow.

No bike lanes, no pedestrian safety enhancements, no traffic calming… Just rebuild what was designed by traffic engineers 60 years ago, as if no changes had taken place in the industry in the intervening decades.

Basically, Union Avenue all over again. How long do we have to wait for RIDOT to catch up with modern times, grasp the concept that what works on a highway in the middle of the woods is not what works in an urban environment, where actual human beings are part of the transportation system?

Studies have repeatedly shown that more lanes lead to more traffic. Not more traffic moving faster, just more traffic. If the city will continue to function until 2013 with a 2-lane Orms Street, let’s make that permanent. 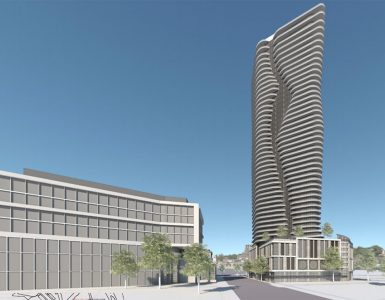