Demolition of Shooters to begin tomorrow

Providence Business News reports that the former Shooters Nightclub on the Providence waterfront next to the Community Boating Center, will be demolished starting tomorrow.

The parcel was purchased by RIDOT to use as a staging area for the Route 195 relocation project and was recently purchased from RIDOT by the state Department of Environmental Management. The purchase by one state agency from another state agency was approved by voters as part of a 2010 ballot measure. DEM paid RIDOT $3.2 million for the property.

DEM issued an RFI early this year to find a private developer to redevelop the property with. The agency is still soliciting proposals as it reviews those it has received thus far.

No one is going to cry over the loss of this structure, but it is always a shame in my eyes to let all the energy and resources that went into building the structure go to waste. Someone could have come up with a kick ass idea for re-use, but they won’t be able to do that once the building is gone.

In the interim, I can’t imagine anyone pushing for a parking lot on this parcel. Could you? 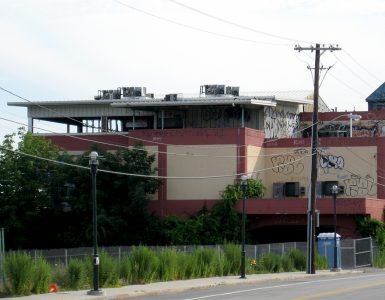 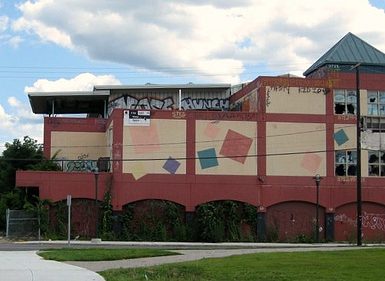 You paid for it, what should be built at Shooters?

What should be done with the former Shooters site?