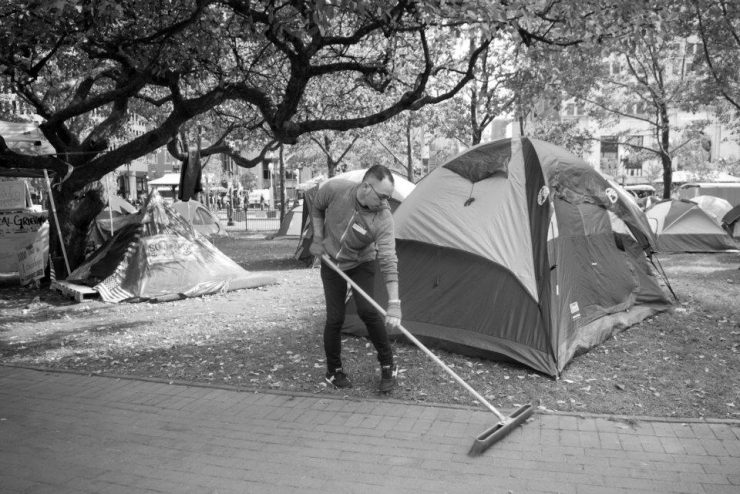 The Occupation and Public Space

Eventually, at some point, the current situation with Occupy Providence at Burnside Park is going to change. In this post I’m not trying to talk about what the movement is trying to accomplish, or to take a side, or to pass judgement, this is about what that next step could be and how the park can/might play a roll in the future.

As has been widely reported, the City has begun taking action to set up for removing the protesters from the park, Occupy Providence has a copy of the eviction notice from Commissioner Pare here. The notice basically tells protesters they are in violation of a number of city ordinances, most notably, remaining in the park after it closes at 9pm. The notice gives the protesters 72 hours to comply, which would result in them needing to be out by Sunday evening.

Occupy Providence is calling for people to join them on Sunday in the park in an action they are refering to as “Solidarity Sunday” to resist eviction. As the AP reports, Comissioner Pare has stated that the police will not forcibly evict protesters on Sunday evening if they remain in violation of the eviction notice.

Commissioner Steven Pare tells WPRO-AM the city won’t “physically remove them” from Burnside Park and instead will seek to force them out “peacefully and civilly” through the court system.

He said that could take several weeks.

So all this said, eventually, something will change. Perhaps the Occupation will continue to resist and change and grow. Perhaps the City will work through the courts and remove the Occupation, that could happen peacefully, or there could be a repeat of what happened in Oakland (something I have no doubt that everyone from the Mayor on down wants to avoid). Apathy or weather could see the protesters slowly disperse.

If the Occupation simply leaves, with no lasting legacy, that somehow feels sad. Regardless of how you feel about the protesters, their motives, or their actions, something is happening here, and they are said to represent the “99%,” that’s just about all of us.

This Occupation, like it or not, is now part of Providence’s history, it will forever be in the history books that Burnside Park was the site of a round the clock occupation that… That what, what will history record?

That was broken up in a violent riot where scores of protesters and police were injured… That ended peacefully and resulted in minimal change in the banking industry or government or whatever was trying to be changed by the movement… Or, that continues today in some way.

While some of us may feel less welcome in the park while an occupation is taking place, and while the tents are surely not good for the grass, by and large the occupyers have been caring for the park, treating it as home and taking seriously their caretaker status.

The park is becoming as much a symbol of the movement as the act of occupying it is. So when this movement evolves, when someday, be it weeks or months or years, the tents leave, what should the occupation’s legacy be in the park?

Should the movement continue to occupy the park with some sort of Speakers’ Corner style intervention? Should the movement work out a way to have monthly or weekly demonstrations in the park? Is there a way that parts of the Occupy movement can have a lasting relationship with the park, and what should that look like?

Again, this post is not to pass judgement on the protesters, their motives, or the occupation itself (but certainly feel free to address those things as needed in the comments if you must), this is about how a political movement can and should interact with a public park. What are your thoughts? 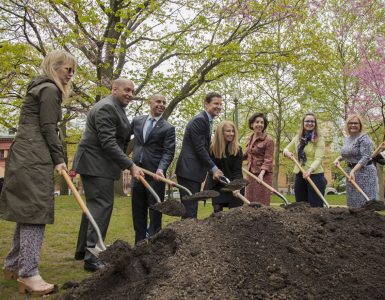 We are thrilled to announce that today in Burnside Park, the Downtown Providence Parks Conservancy broke ground on Brandon’s Beach at Burnside Park, a new destination playground for children of all abilities located in...

Occupy Providence to leave Burnside Park Wednesday. A day shelter is being created by The Diocese of Providence.