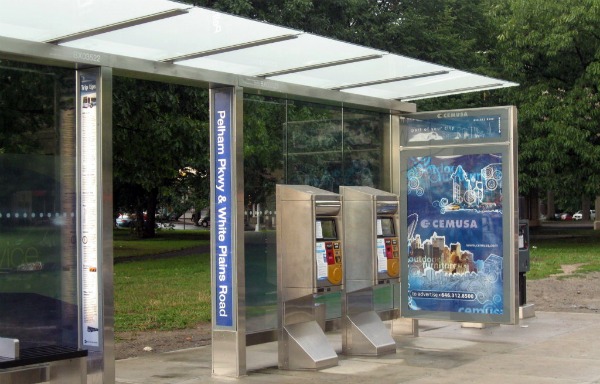 You may have missed it while you were stuffing your face with turkey or pepper spraying people for an Xbox at 3am, but the Coalition for Transportation Choices had a write-up last week about RIPTA’s Rapid Bus initiative. Good news; it is funded, in progress, and happening soon.

Rapid Bus is a service enhancement to existing services that RIPTA has proposed as part of their Five Year Strategic Plan. It will combine RIPTA’s two busiest routes, the 11 and the 99, into a continuous through-city route from Pawtucket to the Cranston line. Enhancements such as signal prioritization for buses, roadway improvements such as bus only lanes, and limited stops will help speed up the buses.

Passenger will see amenities such as unique branding and bus shelters as well as schedule/arrival information at stops.

The CTC’s post lists out the specifics, the project is expected to be completed late winter of 2012. The $2 million funding, including traffic signal and roadway improvements, branding, passenger infrastructure and other amenities, has been secured through federal sources. RIPTA and the City also have another $1 million grant to expand Rapid Bus to other high frequency routes throughout the city.

While not included in the current scope of the Rapid Bus project, further enhancements that could be added in the future include off-board fare collection. New York City’s Select Bus Service features this. Off board fare collection allows passengers to pay a kiosk at the stop and receive a ticket as proof of payment. Inspectors then periodically ask passengers for their tickets. This off board payment speeds the boarding process for the bus and reduces dwell time at the stop, in turn increasing the overall speed of the bus along its route.

RIPTA is investigating off board fare collection as part of the Core Connector (Streetcar) project. A system introduced for the streetcar could conceivably later be rolled out to the Rapid Bus lines.

Also, the electronic notification at bus stops will be achieved through GPS on board the buses, which RIPTA is currently implementing for internal use. Once through with installation and internal testing, RIPTA will be able to open source its GPS information allowing for the creation of bus tracking smart phone apps. 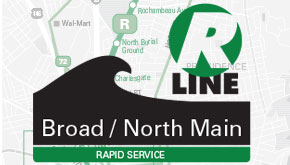 RIPTA's new R-Line rapid bus service will replace and combine the current Route 99 service North Main - Pawtucket and 11 Broad Street services. The new service is set to launch on June 14th and RIPTA has published the...