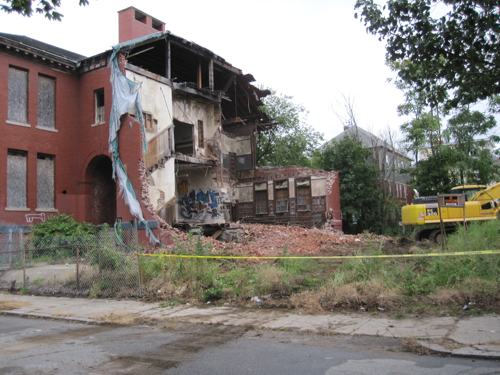 For those still following that Grove Street School issue, looks like Rep. Mike Tarro got his way. A permit for demolition has been issued.

Sought comment from the city, of course it happens to be Friday after 4pm…

Grove Street School will come down Monday, a source confirms.