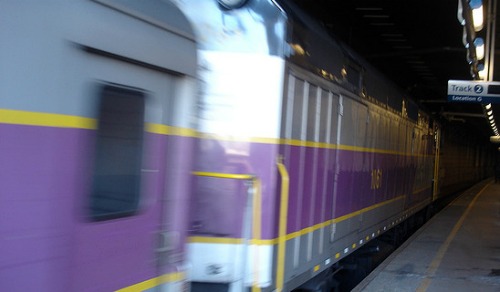 If the MBTA’s proposals for fare increases and service cuts [.pdf] come to pass, we could be not seeing trains after 10pm or on weekends at Providence Station, or any commuter rail station for that matter. For the remaining trains that continue running, the one-way fare may raise as high as $11.25 from the current $7.75.

While service frequency to T.F. Green was just increased and the train station at Wickford Junction is set to open this spring, the MBTA is facing a monster deficit of $161 million. The deficit was $185 million before the agency knocked $24 million out of it through “efficiencies and savings in energy, operations, health care.” Also, while it is down slightly from 2010 to 2011, non-fare revenue is generally up over the last decade. That leaves fare increases and service cuts as the current last resort for closing the deficit.

The T also faced a $160 million deficit in 2009, state funds were found to cover that deficit before similar service cuts and fare increases were enacted.

The thing is, the Commonwealth saddled the MBTA with this debt after the Big Dig, as The Walking Bostonian points out:

In 2000, in an attempt to fix the finances of the MBTA, legislation called “Forward Funding” was passed. This law dedicated 20% of sales tax revenue to the MBTA, and in exchange, charged the agency with issuing and paying its own debt. People were assured that this would be sufficient to run operations. However, the legislature also did something sneaky: they moved $3.3 billion of debt from the State onto the books of the MBTA. Part of that debt was from the Big Dig. The reformed agency was “[Re-]Born Broke:”

Read more about the impossible situation the T finds itself in, BORN BROKE: How the MBTA found itself with too much debt, the corrosive effects of this debt, and a comparison of the T’s deficit to its peers. [.pdf]

Meanwhile, what do we do about the current crisis, the MBTA has a page about the proposed service reductions and fare increases. The page has various documents about the proposals and a list of public meeting locations (the closest to Providence being in Attleboro on January 24th at 4:30pm).

RIDOT to host meeting with officials from the MBTA on Feb. 27th, regarding proposed commuter rail service cuts and fare increases.