The MBTA has a problem. And I say this coming from New York, whose standards for good regional transit aren’t all that high, but now Metro-North looks like something to look up to from the MBTA. Ridership on the system is rising, but not very quickly; the MBTA moreover has no plans to modernize. Most of what I’m going to suggest will involve commuter rail, not because it’s the most important portion of Boston’s public transportation but because it’s the part I’m most familiar with and also the part that seems most direly in need of improvements. Put another way, I’m necessarily going to talk about the MBTA as perceived from Providence, rather than from within Boston.

Today, streetcars in New Orleans and Tucson are under construction. Dallas, Atlanta, and Salt Lake City are currently designing their own streetcars. Tampa extended its popular TECO Line Streetcar System, which has already created billions of dollars in economic development. And Cincinnati will break ground very soon on the Queen’s City’s unique streetcar project.

Streetsblog: Real-Time Bus Info Launches for All of Staten Island

The bus information can be accessed through the MTA’s BusTime website, by scanning a QR code with a smartphone, or by sending a text message with your bus stop or intersection.

RIPTA is working on a similar system.

Advocates in Rhode Island seek to reinstitute the state’s Historic Preservation Investment Tax Credit. The redevelopment success of the previous credit, and Rhode Island’s need for affordable housing and economic stimulation, means that restoring the credit will be key to help the State successfully recharge its real estate sector. Restoring the credit will also help to implement Rhode Island’s land use plan and “achieve excellence in community design” by supporting redevelopment in traditional neighborhoods and focusing growth in town centers.

The Atlantic Cities: Transit Stations May Actually Cut Down on Crime

Last month the small city of Troy, Michigan, earned some national attention when its local leaders terminated plans for a transit center several years in the making. Troy Mayor Janice Daniels – who somehow kept her job despite posting a strong anti-gay slur on Facebook, and who’s back in the news for another intolerant remark – objected to the transit center on the grounds that she didn’t want to accept $8.5 million in federal funding that would go toward its construction.

But the Tea Party mayor’s fiscal ideology wasn’t the only reason behind the decision to cancel the Troy transit center. There was also a strong fear among local residents that the 24-hour building would become a criminal hangout. One city councilman worried it would be a “place where people who don’t have another place to go hang out,” according to the Detroit News. 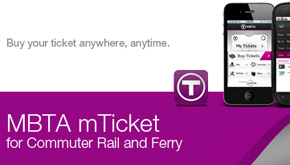 MBTA introduces mTicket, but not for us (yet) 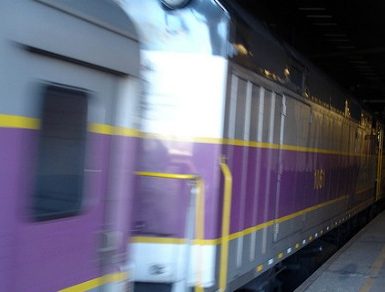 Free WiFi on the MBTA

According to the MBTA website, they will be rolling out free WiFi on all commuter rail systems in the Spring! Based on our successful pilot program on the Framingham/Worcester Line, the MBTA is proud to offer its...