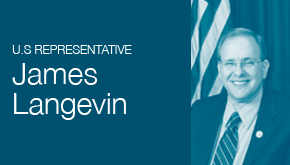 Recently I expressed my strong opposition to the overreaching and much-debated proposals before Congress to combat Internet piracy and I wanted explain my deep concerns about why this issue is important for our economy and our values.

We must take seriously the impact of intellectual property theft, whether it involves plans for a fighter jet or the newest Hollywood blockbuster. It’s one reason that I have sounded the alarm about the importance of strengthening cybersecurity.

Unfortunately, the Stop Online Piracy Act (SOPA), designed to prevent user access to websites that offer bootlegged material, would damage efforts to increase transparency and security online by allowing US companies to actively seek to shut down other companies’ websites, without court order or government involvement, while placing difficult burdens on the infrastructure of the Internet. This approach is counter to our pursuit of openness online in places like Iran, North Korea, and China. Furthermore, nearly every major internet technology company is against this bill because it stifles the same open technological environment they used to develop the products we depend on every day.

Less drastic alternatives exist to address illegal activity online. Government is already engaged with high-tech companies to support their theft prevention efforts, and an enhanced public-private partnership can work in other industries as well. We could also refer international copyright infringement to the International Trade Commission, preventing US funding sources, such as PayPal or VISA, from participating in transactions with the worst copyright abusers. Moreover, there are market-based responses in which credible companies can supply often-pirated content in a transparent and effective way that protects its creators. The hugely successful models of Netflix and iTunes offer proof that these types of solutions exist.

I believe the government should have the lightest touch possible in regulating the internet, except where our citizens are directly threatened or harmed. If you haven’t already, I urge you to get involved in this debate. Unnecessary regulation of the Internet goes against our values and SOPA goes too far.

Thank you for taking the time to read my thoughts. Please do not hesitate to contact me with your ideas about this and other issues, and about ways we can work together.

Currently Sen. Whitehouse is on record in support of PIPA, the Senate version of SOPA. Sen. Reed and Rep. Cicilline have not gone on record yet about the bills. Find informoration about where your Congressperson stands and how to contact them here.

Update: Ted Nesi reports at WPRI that Sen. Reed has stated he does not support PIPA. “I am opposed to passage of this legislation as currently drafted,” Reed told WPRI.com in a statement.

Update 2: And now Nesi has Rep. Cicilline on record against SOPA.