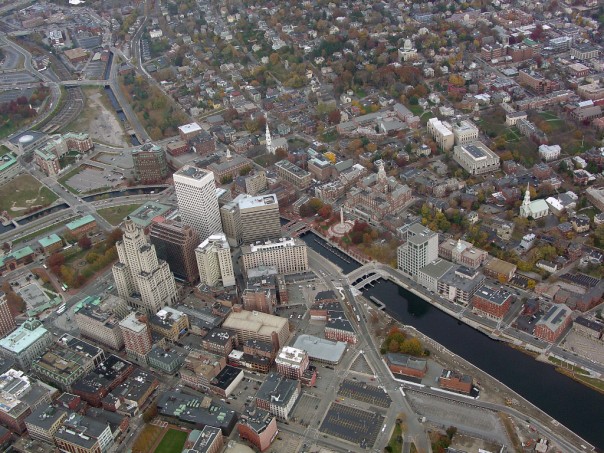 As the City Plan Commission readies to take action on Downtown Zoning and other issues at tonight’s meeting, let me share my notes from last week’s meeting.

I arrived at the meeting which started at 4:45pm shortly after 5pm.

There are a few main goals of rezoning, one is to bring the Jewelry District and Downcity into the same Zoning District now that the highway dividing them is gone. Also, Zoning in place by July 1st is the zoning that the 195 Commission is supposed to consider when making decision about the 195 land. The City wants to tighten and improve its zoning prior to that.

Bob Azar from the Planning Department explained the process of the rezonig:

It is a tight schedule but they have on month of padding in the schedule to get the rezoning approved by July.

The CPC considers an amendment to RISD's Master Plan, a street abandonment, and more at their March 18th meeting.