This afternoon I took a walk with Mayor Angel Taveras to try out the City’s new ProvConnex iPhone app (an Android app is in development).

The Mayor and I walked down Washington Street and he showed me how the app works on his iPhone. The Mayor’s Press Secretary, David Ortiz joined us and provided more details on the app.

The free app is available in the Apple App Store and integrates with the City’s online ProvConnex system which people may be familiar with. The app allows residents (and visitors I suppose if they like) to report a myriad of issues from unshoveled sidewalks, to potholes, to broken street lights and trash strewn lots, and more.

On my way home this afternoon I reported that a number of streetlights are out at the intersection of Dean Street and Atwells Avenue, the intersection is very dark because of this. Screenshots of my report are embedded in a slideshow at the end of this post, including a copy of the email I recieved confirming my submission. Issues reported through the App are sent to the Office of Neighborhood Services where staff dispatches it to the relevant City department. The app keeps a collection of your reports and allows you to follow-up on their status.

The City attempts to move as quickly as possible on reports, but of course during pothole season the holes can only be filled so fast. Reporting won’t get action in a day, but it will add your pothole to the City’s list.

The App can use GPS to locate where you are when you make a report, or you can search for an address to report an issue when you may not be at that location. It also allows you to upload a photo of the issue you’ve reported.

Mr. Ortiz provided me with further info on the App including:

The iPhone app was developed at no charge by Qscend Technologies exclusively for the City of Providence. It is expected to be followed in coming weeks by a ProvConnex app for Android users. Both are the result of Mayor Taveras’ commitment to running a transparent, accessible and responsive 21st century government.

“Improving city services and customer service is one of my top priorities as Mayor. The new ProvConnex iPhone app and the upcoming Android app offer a great way for residents to submit service requests while on the go, and move Providence to the next level of government at-your-fingertips,” said Mayor Taveras.

Residents without access to an iPhone (or an Adroid device, when that App is launched) can continue to report issues to the city online or by calling the Office of Neighborhood Services at: 401-421-7768.

Mayor Taveras has been using the App for a while and is really excited about it. He told me about a lot he reported that had piles of trash on it, and while it was cleaned, there were some mattresses remaining on the lot. While we talked on Washington Street, he showed me how he could remotely report the mattresses through the search feature even though he wasn’t not standing at the location of the lot.

Try out the App and let us know how it goes for you. 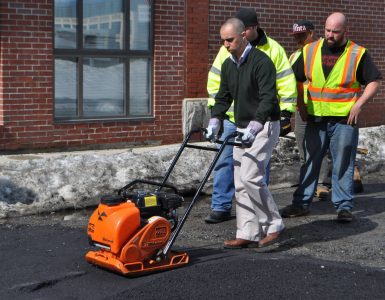 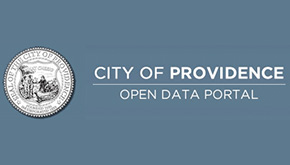 The City of Providence today launched the state’s first municipal Open Data Portal. The portal, a key recommendation of the 15-member Open Providence Commission enables the public to access and export municipal...

Well, there is in Boston anyway. Boston’s Citizens Connect iPhone App utilizes the iPhone’s camera and GPS to allow city residents and visitors to report on issues around the city. The app helps people...