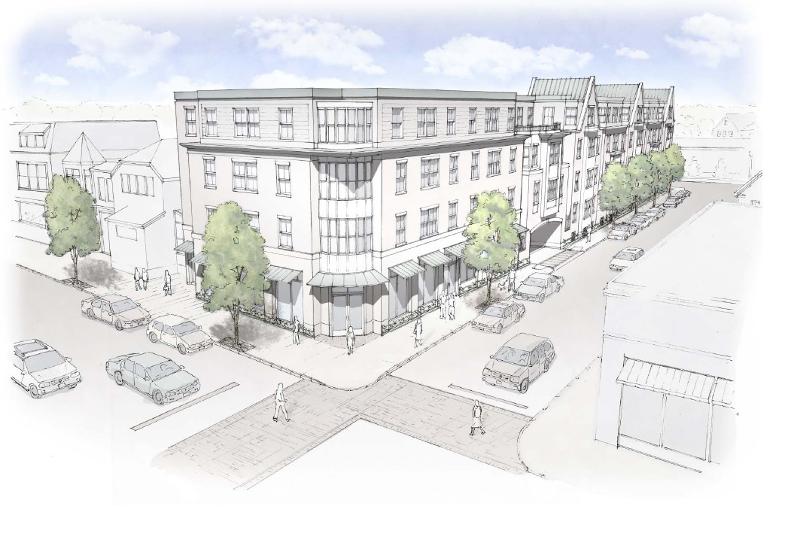 Gilbane Development Corp. wants to build a four-story apartment building off Thayer Street near the Brown University campus that could house more than 200 people.