Temporary uses for the 195 Land – your ideas 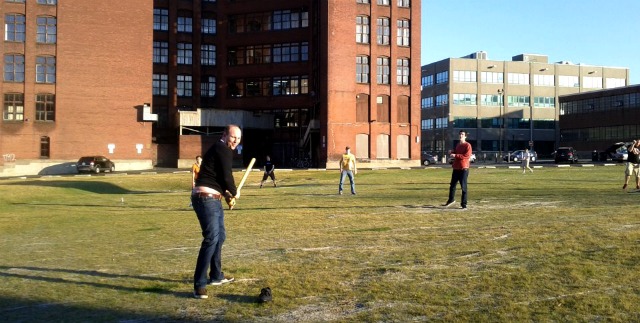 Two of my Facebook friends/pages-I-like posted photos of themselves recreating on the 195 Land during this week’s crazy heat wave. The above photo shows people from Betaspring playing a game of wiffle ball on the 195 Land next to their offices on Chestnut Street.

Bad economy or no, redeveloping the land left behind by the relocation of Route 195 is going to take years, decades even. So, unlike the lots in Capital Center behind Citizens which have been turned over to parking, we should be finding good temporary uses for the land.

Right now most of the land is just seeded, we’ll see as spring turns to summer if anyone maintains that grass and if pick-up games of wiffle ball will still be an option. If past is prologue, then I don’t have very much confidence that this grass will be mowed and that trash will be cleared, etc.

So the question is, what would we like to see as temporary uses on the 195 Land? Some of it can certainly just be grass that sits there and is hopefully cared for, we’re not going to have active uses on all the avaialable parcels. But what uses could we bring to the land? Which parcels should those uses live on? How can temporary uses be moved as they are (hopefully) displaced by development? And, how can we make it clear that these are indeed temporary uses, how can we avert the cries to save something that people have grown fond of, but was never meant to be permanent (the “park” which people cried was being taken away to build GTECH for example)? 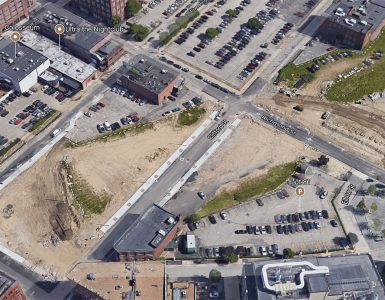 Parcels 27 and 28 are on either side of Clifford Street south of Richmond Street. Image from Google Maps Parking issues that have arisen as perhaps the final stumbling block before a development team starts building its... 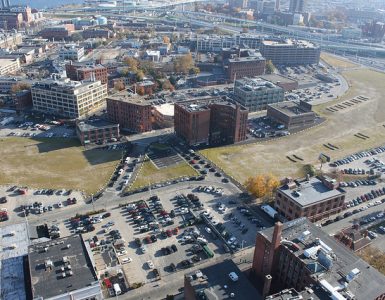 ProJo reports on the 195 Commission's preparations for marketing the developable land in the 195 District.