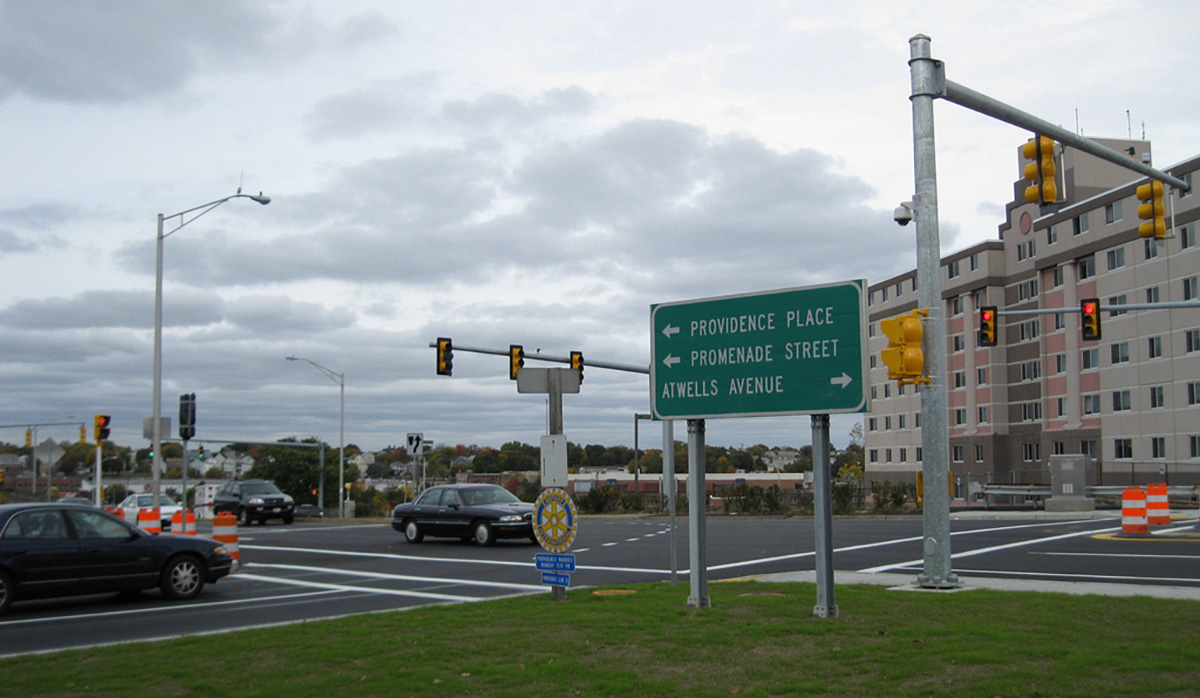 Ramp from 6/10 Connector at Dean Street

I’m not sure if the Q&A on the RIDOT blog is a new feature, or something I’ve missed, but I read this item on April Fool’s Day and have to respond.

A commuter writes in to complain about the light at the top of the Dean Street ramp off the 6/10 Connector. The writer states that the light is remaining green for Dean Street even when no traffic is on Dean Street and the ramp traffic then backs up.

A: The traffic signal delays you experienced were due to the installation of new traffic signals. Once the project was completed and the vehicle detection function became operational, the department was able to fine tune and coordinate these two closely spaced traffic signals.

The volume of traffic that uses these intersections during the peak hours, however, may push the limits of the existing road’s capacity. Widening the bridge over Routes 6 and 10 and thereby providing more lanes along Dean Street would alleviate the congestion, but is unlikely to occur because of the department’s limited economic resources.

The nightmare that is the Dean Street Viaduct aside, RIDOT apparently has not heard of induced demand. Induced demand is the if you build it, they will of highway building. When capacity is added to a roadway, more people use it and fill the capacity, returning the road to the state it was that prompted the original increase in capacity.

Motorways and bypasses generate traffic, that is, produce extra traffic, partly by inducing people to travel who would not otherwise have done so by making the new route more convenient than the old, partly by people who go out of their direct route to enjoy the greater convenience of the new road, and partly by people who use the towns bypassed because they are more convenient for shopping and visits when through traffic has been removed.

The current configuration of the Dean Street Viaduct is actually overbuilt aside from peak travel times, its 4 lanes filling only at rush hours and reverting to a desolate speedway the rest of the time. It is like building a parking lot for Christmas Eve shoppers, that sits largely empty the rest of the year.

Actually, a better use of RIDOT’s limited funds, were they to choose to address morning congestion at the Dean Street interchange, would be some of the improvements we outlined in our REBOOT of Dean Street. From my personal observation in the morning, much of the traffic comes off the ramp, onto Dean, then left onto Atwells. That traffic is heading toward Downtown. Aligning the ramp from 6/10 with West Exchange Street would allow that traffic to flow through the intersection towards Downtown without having to flow through Dean and Atwells. Traffic turning left (heading north toward Smith Hill) benefits from no longer having to wait for the offset West Exchange light.

The real way to reduce congestion is to reduce demand. There are both carrot and stick approaches to reducing demand. Sticks include tolls, higher taxes on gas and cars, allowing congestion to increase until the personal cost (how much value a commuter attaches to their time stuck in traffic) becomes too high, etc. and of course carrots can include better mass transit options, inducements for carpooling, off-peak toll discounts, etc.

Trying to figure out where all those people using the Dean Street ramp off the 6/10 connector are coming from and where they’re trying to get to would allow us to begin to plan for a mass transit carrot to get them off the road.

I’ve heard RIDOT Director Michael Lewis say more than once, “We can’t build our way out of highway congestion.” It would be nice if everyone else at RIDOT got that message.