Thom Deller recently left his long standing post as Director of Planning and Development for the City of Providence to become the Economic Director for Hartford, Connecticut. Today, the Mayor appointed Bob Azar as the Acting Director while the City conducts a nationwide search for a permanent director:

PROVIDENCE, RI – Mayor Angel Taveras announced today Robert E. Azar of Providence will immediately assume the post of acting Director of the Department of Planning and Development for the City of Providence. Azar will lead the department while a nationwide search for a permanent director begins.

“Bob Azar is a highly-regarded professional with extensive experience in community planning. He has witnessed and played an integral role in the revitalization and development of Providence,” said Mayor Taveras. “Bob led the effort to complete the recently-approved Downtown Zoning Plan and zoning re-write for the I-195 surplus land. He is a professional with a deep understanding of the complex issues affecting development in Providence today. I am confident that Bob will provide the necessary stability during this period of transition.”

Azar will report directly to James S. Bennett, the Director of Economic Development. The position had been held by Thomas E. Deller who recently left Providence to assume a similar position in Hartford, Conn. Azar is a veteran city planner and visiting professor of Urban Studies at Brown University. He joined the Department of Planning and Development in 2000 and has served as the Director of Current Planning since 2007.

In the new position, Azar will manage a department with 42 full-time employees, a $4.729 million budget (FY13) and numerous federal grants, including the Community Development Block Grant program and US Housing and Urban Development Section 108 loan program.

Azar is married and the father of two public-school students. He has a Master of Community Planning from the University of Rhode Island and a Bachelor of Science in Mechanical Engineering from University of Massachusetts at Amherst. He is a member of the American Institute of Certified Planners and American Planning Association. 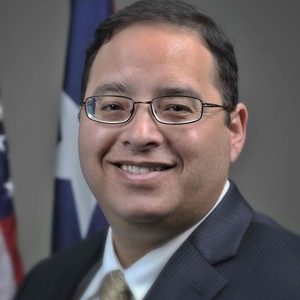 Among Mayor Taveras’ immediate goals for economic development in the City of Providence are maximizing the development of the newly recovered I-195 land; improving the City’s public transportation system;...