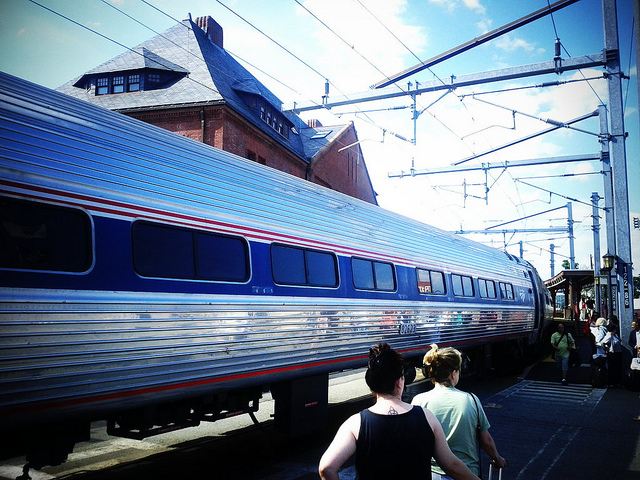 New Londoners seem pleased that at the Wickford Junction ground breaking, MBTA officials expressed optimism for extending service further south the Westerly, which would put MBTA commuter rail service within 15 miles of New London. At the same time, weekend Shore Line East service to New Haven from New London is set to start in a year (putting Westerly within 15 miles of commuter rail service to New Haven and New York).

“It’s a shame that we have infrastructure in place to South County, R.I., but not to the SouthCoast,” […] But the senator also called himself “a realist” when it comes to a rail connection to Boston going to southern Rhode Island before Fall River or New Bedford, also citing the much higher rail upgrade costs needed in Massachusetts.

Indeed, the Rhode Island extensions are being built on active Amtrak lines with the majority of costs going towards the stations themselves and sidings, as well as operational costs. The lines to Taunton, New Bedford, and Fall River need to be largely rebuilt to accommodate commuter rail service at speeds to make it worthwhile to run the service.

The good news seems to be that, regionally, people want rail service, and it seems New London and Fall River are getting a little jealous of ours.

Photo (cc) EdKopp4 Update Reports from the Wickford Junction Station groundbreaking state that the FTA announced that they have just authorized the release of nearly $2M in federal funds to RIDOT for preliminary...