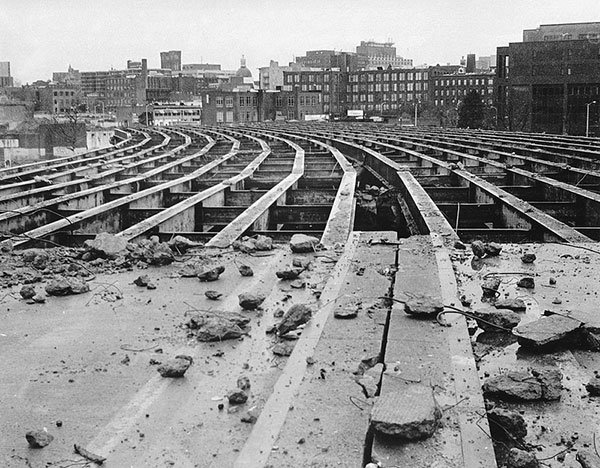 A photography exhibit documenting the removal of Route 195 begins later this month at Providence City Hall.

I -195: A Photographic Excavation, an upcoming exhibit at Providence City Hall Gallery, July 26 – August 24th, presents the work of five Rhode Island and one Massachusetts photographer who documented the demolition and removal of I-195, from the initial DOT’s Gold Wrecking Ball event at India Point in November 2010, through the end of 2011. The exhibit captures the evolution of the project through images of twisted steel, broken concrete, massive machinery, and evolving cityscapes. Though each photographer found their way on top, underneath, and around the abandoned and new highways, their individual visions, techniques, and aesthetics offer viewers a multi-dimensional and artistic observation of demolition and revitalization. The collection of images, as a whole, documents the passage of time for the city of Providence encountering historical, urban change.

An opening reception will be held at the Second Floor Gallery at Providence City Hall on August 2, 2012 at 5pm.