News arrived yesterday of the release of Fart Cat!; a new iPhone game by Summer Camp Studios, a group of programmers that formed out of the ashes of the 38 Studios debacle. So, I’m not into cats, and I’m not into games, and I guess I’m not really into farting either, but I decided to drop 99¢ in the App Store to see what it was all about.

Then I played it all night, stopping only long enough to update my bewildered iPhone friends on my progress (I’ve made it to level 15 in case you were wondering).

The game is amazingly simple and stupidly fun, you feed the cat what it wants to eat and try to make it full before its annoying owner pets it. You then tap the cat’s belly and it farts. What is not to love? The devlopers describe it:

Our debut title, Fart Cat!, began as a thought exercise and quickly evolved into a fun game through our newly adopted iterative development process. In order to transition out of the mindset of massive, 200 person projects to the (comparatively) light and fluffy land of iOS development, we needed a simple game concept that would not only teach us how to deliver on a completely new platform, but also show us how we wanted to work as a team! Fart Cat! fit the bill beautifully. It’s a fun, simple arcade game that game be enjoyed by all ages, and has plenty of room for expansion if the crowd demands it.

Peter Scotti has entered a sales agreement with Cathy Lund, owner of City Kitty, for the purchase of the site. Dr. Lund plans to erect a new building with a cat vet practice, 1-2 professional tenants and 3 apartments. 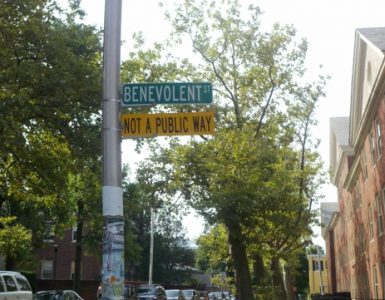 Seriously though, a hurricane is nothing to sniff at. I was living on the Cape during Bob, and we had no power for 2 weeks and no cable for a month, A MONTH! Even if Earl is a 3 or 4 when it reaches here, it is still...