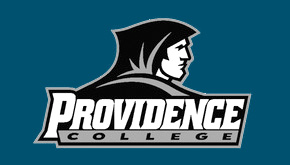 This letter was sent to the Providence College campus by college president Rev. Brian J. Shanley regarding the college’s agreement with the City to acquire public streets in exchange for payments in lieu of taxes:

A Message to the Providence College Community:

Providence College is, and always has been, mindful of the significant role that the city of Providence plays in the decision our students make to attend this institution. Providence is a vibrant city with rich history, great restaurants, and myriad tourist and cultural attractions. It is both an alluring and attractive setting for our students and their families. As the leaders of all of Providence’s higher education and major healthcare institutions have noted on multiple occasions, a financially sound city of Providence is critical for the continued prosperity of each of our organizations going forward. With that in mind, I am pleased to announce that the College has reached an agreement with the City that will benefit both parties. The College has agreed to pay the City $3.84 million over a 10-year period to purchase portions of three City streets: Huxley Ave., which runs through the eastern end of the College campus, and both Wardlaw Ave. and Cumberland St. which are part of the northwest border of the campus across from Alumni Hall. (Specifically, the College will purchase Huxley Ave. from Eaton St. to Ventura St., Wardlaw Ave. from Lucille St. to Cumberland St., and Cumberland St. from Wardlaw Ave. to the property line at 30 Cumberland St.)

The College proposed the purchase of these streets in response to the City’s request for additional payments in lieu of taxes. As you may know, the City reached similar agreements of mutual benefit with Brown University, Rhode Island School of Design, and Johnson & Wales University earlier this year. Mindful of the City’s willingness to structure these agreements on a quid pro quo basis, and knowing that they were hopeful of striking some type of arrangement with all of the major non-profit institutions in Providence, the College felt this was the appropriate time to seek the purchase of these streets.

The immediate gains for PC will be a more unified and well-connected campus, as well as better safety and security for our students, faculty, and staff, all of which are of utmost importance to the College.

The acquisition of those portions of Wardlaw Ave. and Cumberland St. will allow us to better secure that corner of our campus, as well as expand parking capacity, while presenting a more aesthetically pleasing campus border to our neighbors in that area.

I am particularly excited about the purchase of a portion of Huxley Ave. as it will allow us to better unify our campus and to develop a more complete vision for that significant entryway to the College. Huxley Ave. bisects the College’s main campus and the part of campus that the College developed after acquiring the former Chapin Hospital property in the early 1970s. In the years since first acquiring the Chapin property, the College has constructed several residence halls, renovated a number of classroom buildings, designed and built a new quad, and opened the Smith Center for the Performing Arts. Predictably, we have seen increased vehicular and pedestrian traffic to and from that end of campus with each new development. Having control over this portion of Huxley Ave. will allow us to better protect our students, faculty, and staff.

In addition, the Huxley Ave. purchase is a fine complement to the capital plans involving the addition to Schneider Arena, the construction and/or relocation of several athletic fields, and the plans to turn Dore Hall into the new home for the Providence College School of Business. We now have the ability to totally transform the look and feel of this important approach and entrance to our campus and to make it safer and more secure as well as more attractive.

It is important to note that no operating funds (i.e., tuition dollars, funds that might otherwise have been used for financial aid, etc.) are being used to fund this purchase.

I also want to stress that this agreement preserves the principles of the College’s legal status as a tax-exempt institution and reaffirms the terms of the existing 2003 Memorandum of Understanding (MOU) with the City that the College signed along with our sister non-profit institutions of higher education in Providence. Providence College has been making – and will continue to make – annual payments in lieu of taxes to the city of Providence under the terms of that MOU, which expires in 2023.

There will not be any immediate changes to the streets in question. We will need time to develop revised vehicular and pedestrian traffic plans as well as proposed scenarios for RIPTA busses and additional parking. Once we have them, an appropriate forum will be convened to present those plans and solicit feedback from students, faculty, staff, and residents of the surrounding neighborhood. That feedback will be considered and factored into additional planning before we are ready to announce any definitive changes.

I want to thank the team of John Sweeney, senior vice president and chief financial officer; Marifrances McGinn, vice president and general counsel; and Steve Maurano, assistant vice president for public affairs and community relations, who handled the discussions and negotiations with the City which stretched over several months.

The College will provide additional information about the processes involved and any changes to the existing pedestrian and vehicular traffic patterns over the coming months. Meanwhile, I am pleased to announce the purchase of these streets with an eye toward unifying our campus and making it a safer and more secure place for everyone while continuing to move the College forward in line with our Strategic Plan. In addition, I am pleased that the College’s partnership with the city of Providence is further strengthened by this agreement and I look forward to a continued relationship of mutual respect and cooperation with Mayor Angel Taveras and his administration.

gcpvd: If you could buy a city street, what would you do with it?
RINPR: Does Providence College pay enough to Providence?[/alert] 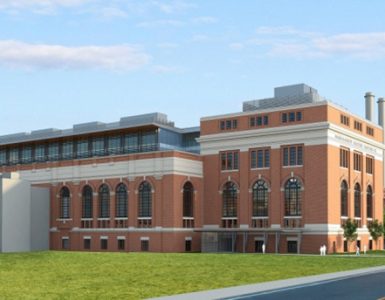