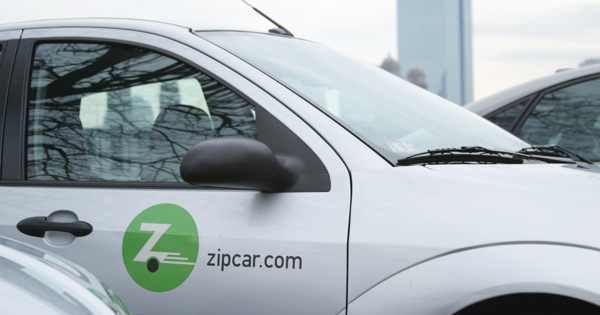 However, some of the initial reaction I saw was fear of a giant corporation (Avis) somehow destroying a friendly start-up (Zipcar). Personally, as a user, I actually interact at the counter with people at Avis and find them beyond friendly and accommodating, and my “preferred” member status gets me upgrades and such.

Zipcar on the other hand is completely faceless to me, I have more of a connection with the car I rent most often (Faber, who might have died!) than any people at Zipcar.

But what really matters is that I have a car when I need at a price I can afford, and that if I’m a loyal customer, I get some perceived perks out of it (I don’t care if everyone gets the same perks, just make me feel special damn it!).

So, not knowing the ins and outs of business well myself, what is the internet saying?

Wired: Why the Zipcar-Avis Deal Means You’ll Finally Be Able to Give Up Your Cars

For many of us, achieving the dream of not owning a car would necessitate near guaranteed access when we did need one.

Reaching this point requires a ubiquity that Zipcar’s 10,000-vehicle fleet, spread out across more than 150 cities worldwide, simply doesn’t provide. In its press release announcing the Avis deal, Zipcar says that its new parent company’s bigger fleet will give it more cars to meet demand and, in the company’s words, “accelerate the revolution we began in personal mobility.”

While I don’t ever NEED A CAR RIGHT NOW!@#%$, I can see the attractiveness in greater on-demand access. This was the thing I found the most promising about this merger. Zipcar’s biggest weakness now is weekend demand, and apparently Avis’ highest demand is during the week, so there is the possibility for Avis to shift the part of its fleet that is unused during the weekend to satisfy the Zipcar demand.

The strategic logic of the deal is very clear. A year ago, there were four major rental car concerns in America—Avis Budget, Dollar Thrifty, Hertz Global, and Enterprise. Hertz and Enterprise have both launched in-house hourly rental operations to compete directly with Zipcar. Avis Budget bought Dollar Thrifty a few months ago. So that left the rental car world with two players that do both hourly and traditional rentals, plus Zipcar and Avis. A merger gives Zipcar investors a nice exit while creating a very strong firm.

Zipcar turned its first profit last year, but investor demands probably are not met by merger profits, and it is not clear that in the face of increased competition in the sector, it can continue to turn a profit. A merger with Avis was probably not the only and maybe not the best way to keep Zipcar competitive and profitable, but it is clearly expedient.

The only way for Avis to realize its over-promised cost savings will be to force Zipcar to consolidate the two operations and become more like Avis in everything it does. Eventually, all the old Zipcar executives will be fired or will migrate somewhere else. Auto purchasing will be centralized, as will the pickup points. The Zipcar Web site and computer system will be merged into the Avis Web site and computer system. Avis will want to do package deals with airlines and hotel chains and drag Zipcar customers into its loyalty program. They’ll even try to upsell Zipcar customers every time they reserve a car: Wouldn’t you like something bigger for only $2 more? Wouldn’t you like extra insurance?

Maybe I’m old (actually, I am old) but some of those things are actually what I find most attractive about the merger. I want one account and one website to visit when I need a car, I currently have to login to Zipcar, figure where, and when, and how much the car will be, then login to Avis to see if a daily rental there would end up being cheaper or if not cheaper, than at least not so much more expensive that I stick with the Zipcar. Example, recently I had to travel to Connecticut, I was sure how long I would be, but padded it at 5 hours or so. Between the amount of time, and the likelihood of exceeding Zipcar’s mileage limits on the trip, I decided to rent from Avis for 2-days and add a trip to the Cape to my weekend plans. The car cost more, but I did more, and the Zipcar option would have been almost as expensive as a one-day Avis rental (and with the added burden of sweating about the mileage and return time on top of the cost).

Zipcar already has premium cars they try to upsell you. They upsell you on insurance as well. I actually have no problem with the rental experience from Avis, and have no warm and fuzzies about Zipcar.

My biggest fear would be the erosion of the sweet spot. There’s a line where Zipcar becomes too expensive and it makes better sense to rent a car. Now that those two options are the same company, will it be better financially for Avis to maximize the number of people opting for a full day rental or the people who are renting hourly? I guess we’ll see.

Maybe this purchase will be the downfall of Zipcar, but consumer demand will have a lot to do with how things turn out. I’m cautiously optimistic that the combined entity will better serve my automobile needs, your mileage may vary. 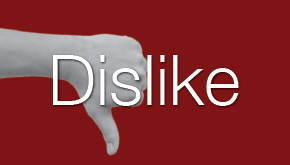