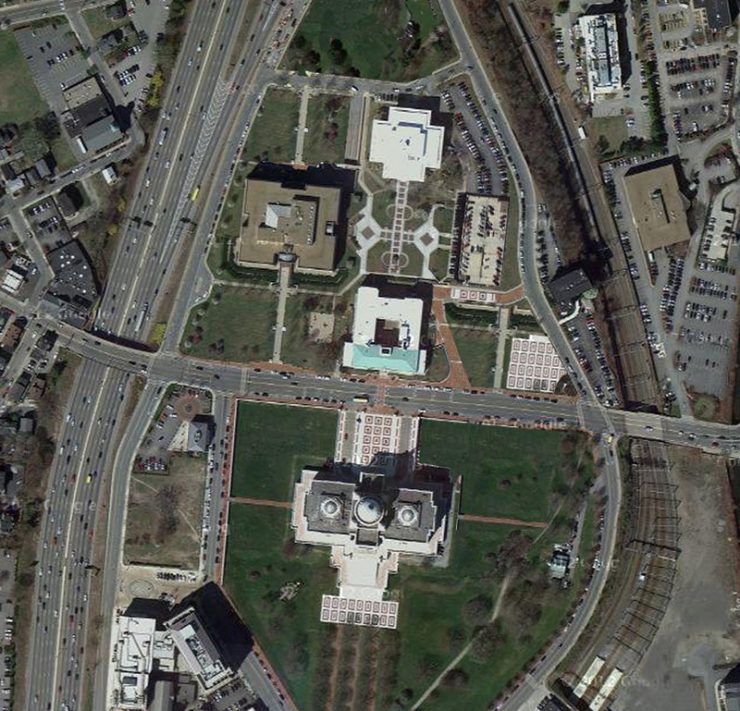 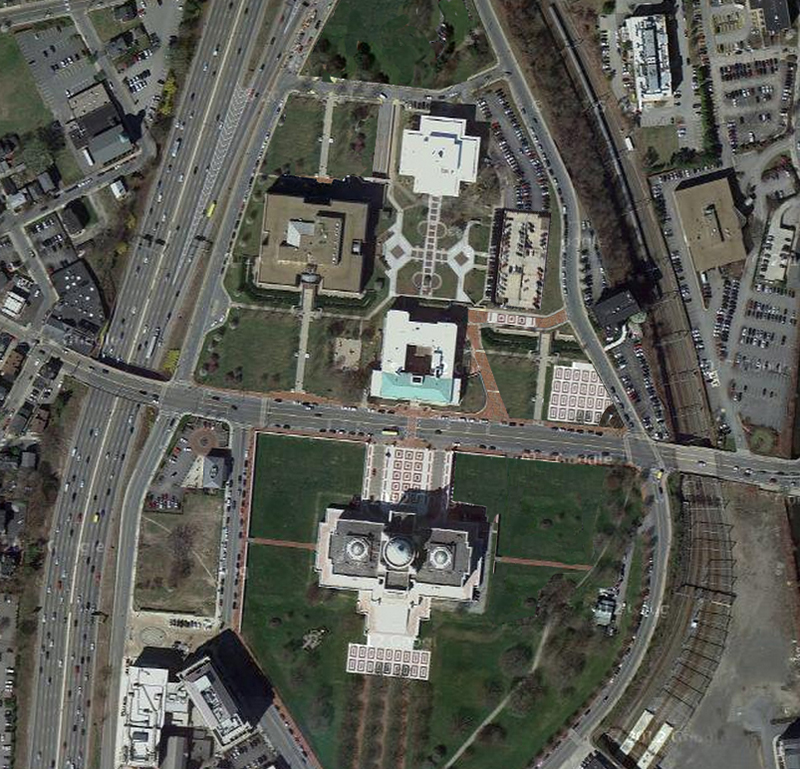 In response to recent discussions on parking at the State House reader Nicolas R. Mariscal submits a Photoshop rendering (above) of what the State House area could look like with better land use planning. Nicholas says:

I saw your post on the parking situation at the state house, and agree that the surface parking is an eyesore, like it is almost everywhere else around Providence.

So I was bored after class today and photoshopped an aerial image of the RI State House that could get rid of the surface lots, still keeping in mind that most people commuting will drive to work.

Got rid of the surface lots, and feel a parking garage with a nice facade/metal screen, lighting and shops on the first floor could go on the fourth side(blank side) of the odd postmodern plaza in the middle of all the state offices. Creating a nice courtyard between all the buildings.

I like the idea of combining a parking structure with ground floor retail uses on the State House complex grounds. There really is no good place in the immediate area to get a bite to eat or a cup of coffee for state employees or visitors. Retail at a garage could help that, and the central plaza could become a good place for workers and visitors to enjoy thier lunch. 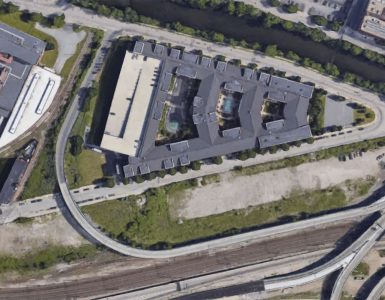