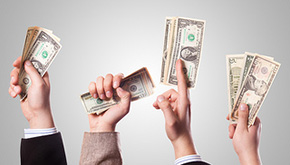 Rep. John Carnevale, D-Providence and Johnston, introduced legislation in the General Assembly that would place a $50 fee per semester on every out-of-state student attending Brown, the Rhode Island School of Design and Johnson and Wales University Feb. 14. The money raised from this fee would cover the redevelopment of the land opened up by the relocation of I-195, an area each university included in the fee has expressed interest in acquiring. Carnevale said in a press release he chose to raise funds from these universities because he did not want the state to invest heavily in land that would ultimately benefit “wealthy institutions” more than taxpayers.

“If one of those schools buys some land today, relatively cheap, and sells it five years from now when the area is active and thriving, who will reap the profit? Not the taxpayers,” Carnevale said in the press release.

I’m not prepared at the moment to talk about how damn foolish I think this proposal is, but feel free to discuss amongst yourselves in the comments.