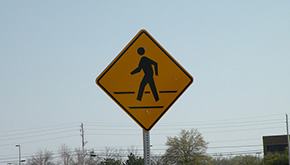 That’s because that’s where the people are

I’ve been seeing this on social media today via the Atlantic Cities:

Pedestrians struck by cars are most often hit while in the crosswalk, with the signal on their side.

The reaction is, ZOMG! Are we safe nowherezzz!?

That’s because that is where the most pedestrians have the most interaction with cars, isn’t it? It is not because crosswalks are dangerous per say, it is because that is where cars and people are at the same place at the same time most often. It is like being worried about how most shark attacks happen in 3 feet of water, if people mostly swam in 1,000 feet of water, that would be where most shark attacks happened.

ProJo: Woman seriously injured after being struck by car while crossing Phenix Ave. in Cranston

“I’m not surprised. It was just a matter of time – somebody would get hit,” said Jay Bombardier, who has lived in the neighborhood for more than a decade. “Cars just zip through this street.”

WJAR: Pedestrian accidents on the rise

Pedestrians should walk to another town where there's a crosswalk, so they at least won't get a citation after they are mowed down.