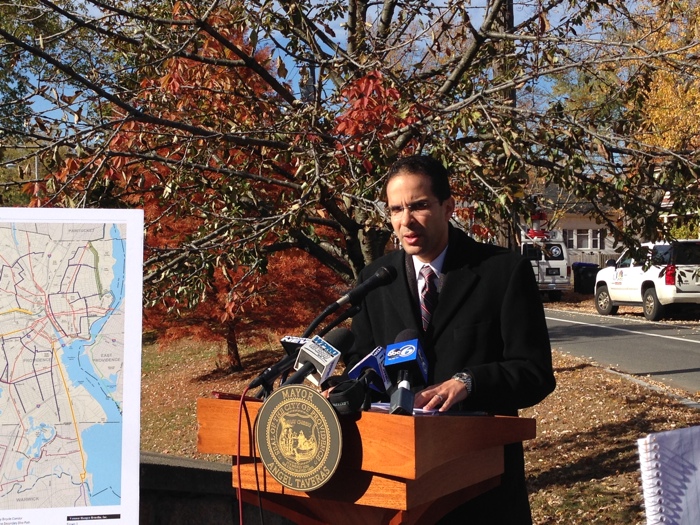 The Master Plan is meant to be a living document and the Providence Bicycle and Pedestrian Advisory Commission will be accepting further comment on the plan.

“The Bike Providence plan reflects our commitment to biking and other forms of alternative transit, and offers a comprehensive blueprint for future investments that will make Providence an even friendlier community for bicycling,” said Mayor Angel Taveras. “I thank the Bicycle and Pedestrian Advisory Commission for their efforts. This work is an investment in a healthier community, cleaner air, and a bicycle-friendly culture for all.”

The master plan will continue to be evaluated as it is implemented and can be updated periodically as conditions and funding sources evolve. The plan serves as a framework for improving the existing bicycling system, increasing bike use and emphasizing the “five E’s” to improve the overall environment and culture of bicycling in the City: Engineering; Education; Encouragement; Enforcement; and Evaluation.

The project was funded by a Planning Challenge Grant from the Rhode Island Division of Planning, and was developed by the City’s Department of Planning and Development, the Providence Bicycle and Pedestrian Advisory Commission, and consultants from Vanasse Hangen Brustlin, Inc. Public input, as well as the review and recommendations of the Commission, helped to shape the plan.

Several bicycling improvements have already been made, including the addition of two striped bike lanes on Pleasant Valley Parkway and shared lane markings on Olney Street and Potters Avenue in coordination with the Providence Road Improvement Project, an effort to repair and rebuild nearly 65 miles of roads.

[alert type=”warning”]Full disclosure: I am a member of the Providence Bicycle and Pedestrian Advisory Commission.[/alert]

The Bike Providence plan will guide the investment of future funding for the Providence bicycle network, promote a bicycle-friendly culture, set priorities for bicycling improvements, and expand the citywide network...