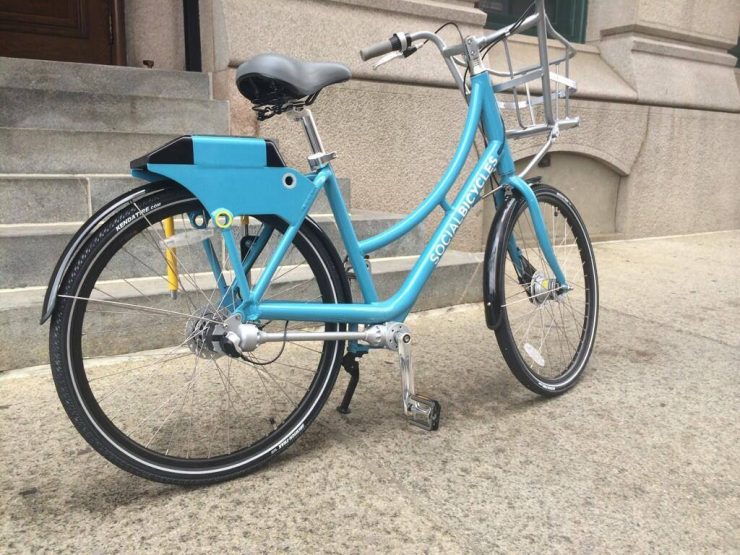 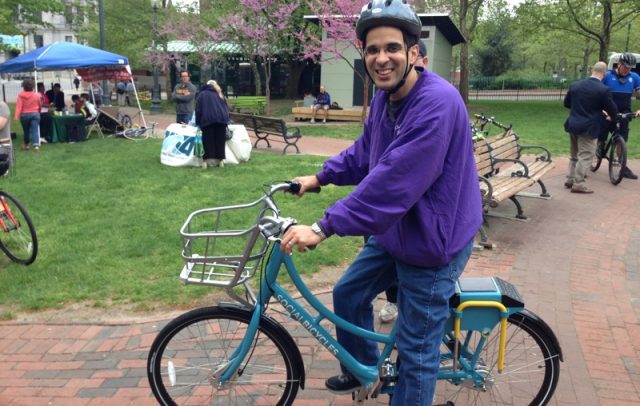 PROVIDENCE, RI – Mayor Angel Taveras this morning joined with the Rhode Island Bicycle Coalition and bicycle commuters from across Providence to take part in the City’s annual Bike to Work Day celebration. Mayor Taveras and bicycling advocates from his staff rode their bikes from the Mayor’s home in the Mount Pleasant neighborhood to the celebration in Burnside Park.

“In Providence, we are moving forward to create the necessary infrastructure for cyclists to make sure bicycling is a viable, affordable and healthy transportation choice for our residents,” said Mayor Taveras. “Bicycling and outdoor events like Cyclovía Providence provide an opportunity for residents from every corner of the City to exercise, have fun and enjoy all that Providence has to offer.”

“The City of Providence has made great strides over the past couple of years toward making our city a more bike-friendly place to live, work, and play,” said Eric Weis, Chair of the city’s Bicycle and Pedestrian Advisory Commission. “Bike to Work Day is a great opportunity to celebrate those gains, and to encourage more of our neighbors to hop on a bike next time they need to commute to work, run an errand, or get some exercise.”

Bike to Work Day, celebrated during National Bike Week, encourages residents to bike to work or try bicycling for fun, fitness and transportation. 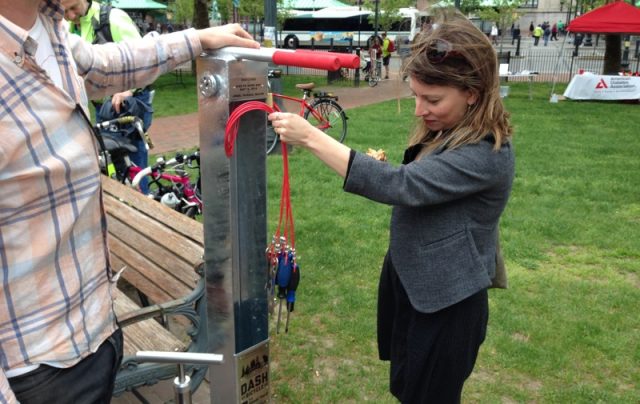 At the celebration in Burnside Park, Mayor Taveras announced plans for three bicycle repair stations located in areas of high bicycle traffic across the City.

The Rhode Island Bicycle Coalition is partnering with the City of Providence, Dash Bicycle and the Steel Yard to provide tools for making bicycle repairs, including wrenches, screwdrivers and an air pump. Bike repair stations will be installed at the following locations in the coming weeks:

Dash Bicycle will monitor and maintain the bike repair stations.

Mayor Taveras also today announced that the City will host three Providence Cyclovía events this summer. Cyclovía is a car-free event that opens the street for people of all ages to walk, skate, run, bicycle, exercise and socialize.

Cyclovía events will be held from 12 to 4pm at the following dates and locations:

The East Side Cyclovía will be held in partnership with The Miriam Hospital, a Lifespan Partner and The Hope Street Merchants Association.

The City held its first Cyclovía in September 2012 on Broad Street and sponsored a series of three Cyclovía events last summer. Cyclovía is an international phenomenon that reportedly began in Bogotá, Colombia and has spread to cities across the globe, including New York City, Chicago, Seattle, San Francisco, Los Angeles, Miami and Cambridge, MA.

This morning Mayor Taveras rode to Burnside Park on a bicycle provided by Social Bicycles Inc., a prototype of the bicycles that will be installed across Providence as part of the City’s bike share program.