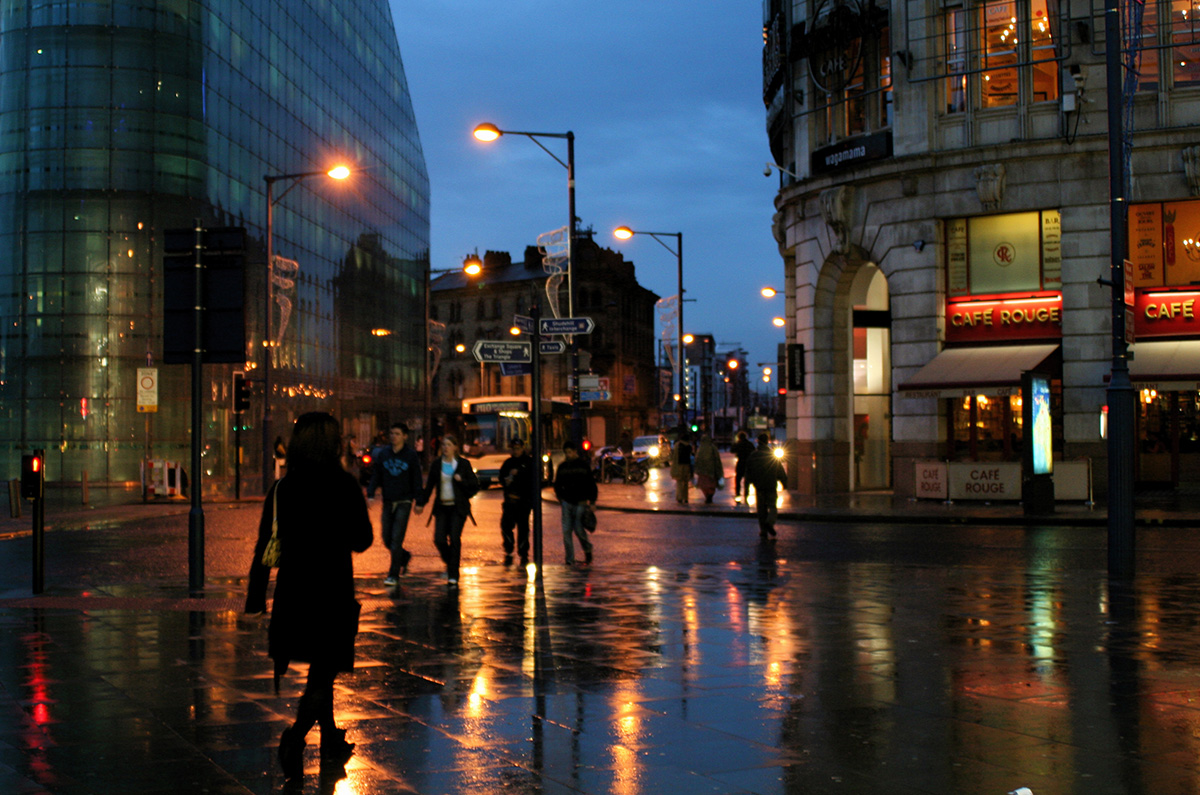 The Economist: Heading north – Londoners in their 30s are moving out

Central Birmingham is buzzing. The fine square in Brindleyplace is lined with snazzy restaurants, and after 6pm, smartly dressed office workers. In 2003 the city got a globby new branch of Selfridges, a posh London department store, and in 2011 its first craft beer bar took over a former post office. Behind the redbrick factory facades of nearby Bradford Street, the yuppies are also taking over, quietly occupying new flats within.

Many of these go-getters are former Londoners. According to the Office of National Statistics, a record number of 30- to 39-year-olds left the capital in the year to June 2013: a net outflow of nearly 22,000 (and a 25% increase on 2010). They have settled in Birmingham, which attracted the largest number, as well as Manchester, Bristol and Oxford. London has long shed people in their 30s. Mainly they want bigger, cheaper living-space for their children. London’s soaring house prices have exacerbated the trend: the city’s average property price rose by 19% in the past year. It now stands at £402,800 – in Birmingham it is £133,700.

Those fleeing London are often moving jobs, too.

The Boston Globe: Marty Walsh goes up against boring architecture

Boston needs bolder buildings, and it needs civic leaders who aren’t afraid to permit them. In what could mark a major turn for Boston’s architectural history, Mayor Marty Walsh signaled Wednesday that not everything needs to built in red brick. Unlike predecessor Tom Menino, he personally won’t be deciding what the tops of new buildings should look like. And, most striking of all, non-boring ideas are now welcome in the city.

“Boston is home to the world’s most innovative thinkers — in science and technology, and in business, art, and architecture,” Walsh said in a speech before the Greater Boston Chamber of Commerce. “Our city’s built environment should reflect this culture of imagination. Too often, in recent decades, new buildings have been merely functional. I believe Boston can do better. We should aim for world-class design. Our historic buildings reflect our unique past. New buildings should project the values and aspirations of our growing city. We can balance the old and new.”

…not everything needs to built in red brick.

The right thing to do here is pretty obvious: SLOW DOWN THE CARS! When you enter into an urban environment, the expectation must be that travel speeds are very slow (I think a 20 mph design speed is too fast – 15 mph would be the top in my opinion) because we need to FORGIVE the common mistakes of humans, both in their cars and out. In a complex urban environment, the only way to do that is to slow down the speed of travel. We must lower the cost of a mistake.

But Chuck… we can’t do this, says the incompetent fool of an engineer. In my world – in a just world – that engineer loses their job tomorrow (and their license) because they are a danger to society. We CAN slow down cars and we must. There are all kinds of ways to create the edge friction needed to induce the vast majority of drivers to drive at a safe speed. Then police can actually deal with the deviants, not just sit in the usual spots and easily pull over their quota of drivers who are innocently traveling the design speed instead of the posted speed.

Crosswalks and signals are supposed to make walkers safe as they step off the curb, but a tragic example from New York City last month shows that pedestrian infrastructure just isn’t enough when it’s trumped by car-centric intersection design.

On September 25th, a driver turned left from Kenmore Street onto Elizabeth Street in Manhattan and fatally struck 82-year-old Sui Leung. Like almost half of New York walkers that get hit, she was crossing in a crosswalk.

While the motorist may be charged under a new city law (police have yet to declare a verdict), the intersection where Leung was struck will remain dangerous. This is because of something called a “permitted left turn.” Often marked by a “left turn yield on green” sign, it allows drivers to turn left on a regular green, meaning that pedestrians can be crossing at the same time. A study from the Oregon Transportation Research and Education Consortium (OTREC) found that motorists in this kind of intersection watched oncoming cars far more than pedestrians, treating the latter as an “afterthought.”

They take their cue from planners. Between bike lanes that stop suddenly, filtering riders into traffic, and pedestrian signals that run concurrently with fast-turning cars, intersections are too often built first for vehicles; second, third, fourth and 10th for everyone else. But what if they weren’t? What if designers could actually create a modal melting pot that equated walkers with those behind the wheel? Here are some progressive intersection designs that go beyond the turn signal-and-crosswalk formula to really prioritize pedestrian safety, so that those with the least armor don’t become an afterthought.

Recommended reading for RIDOT and the DPW.

Anyone familiar with the abandoned manufacturing plants and vacant lots scarring Connecticut’s largest city has shared the same thought: Just get rid of the blight and build something already!

City officials are considering taxing at least some of those underused properties at a higher rate to compel owners to stop “land-hoarding” and either get more aggressive about redevelopment, or sell to someone who is.

Currently, cities and towns tax land and improvements at the same mill rate — the calculation used to assess taxes.

Preserving modernism in Boston: making the case [Boston.com] Andrew Knee: Milwaukee – A Walker’s Paradise [UrbanOut] “And the latest venture is a broad swath of land called the Park East, where a...