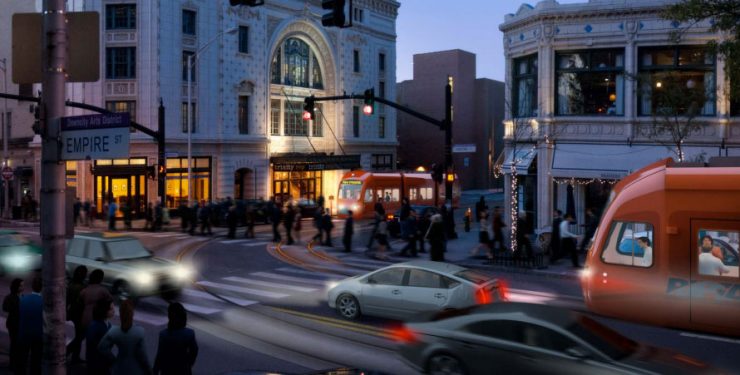 The city is currently seeking proposals for “planning and engineering services” that would include a preliminary design of a 1.6-mile streetcar line that would begin at Providence Station and end near the main entrance on Rhode Island Hospital.

The projected $100.2-million price tag is less than the original $117.8-million proposal, in part because the city is no longer planning stops on College Hill in the first phase of its plan. Future extensions of the line would include the East Side and Dudley Street in South Providence.

The state can support the streetcar project and make it more successful by working to increase the speed and frequency of MBTA Commuter Rail service between Providence and Boston and extending service to Kingston Station near URI.

The city’s planning department has tapped a Boston-based consulting firm to oversee a “planning and engineering services” study on the proposed streetcar line in downtown.