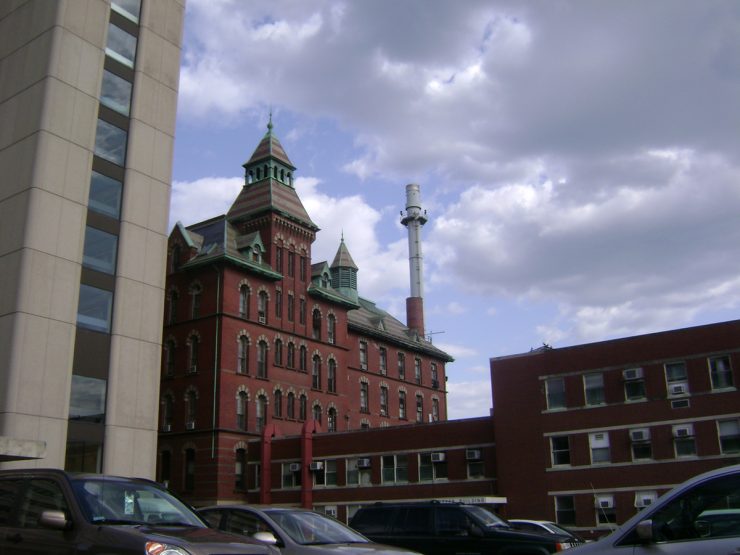 All photos by Frank Mullin

Next Tuesday, Rhode Island Hospital will appear before the City Plan Commission to request the demolition of the the historic Southwest Pavilion. Located at the heart of the Hospital’s campus, the Southwest Pavilion was included on the PPS Most Endangered Properties list in 2010, and stands as one of the only survivors from the original Hospital landscape. Its loss would be devastating to the city’s sense of history.

Following feasibility studies in 2010 and 2015, the Hospital is favoring demolition due to the high cost of restoration. PPS is advocating for Rhode Island Hospital to consider other options, which could include making roof repairs and mothballing, extending the life of the building until an appropriate use is found.

Show your support for this building by attending the City Plan Commission meeting on Tuesday, November 17th, at 4:45 pm, 444 Westminster Street in Providence.

What YOU can do…

Show your support for this building by attending the City Plan Commission meeting on Tuesday, November 17th, at 4:45 pm, 444 Westminster Street in Providence.

Contact institutional, State, and City leaders to voice your concern!

Designed in 1898 by the Providence firm Stone, Carpenter & Willson, the Southwest Pavilion was the third building erected in the Rhode Island Hospital complex. The first building, completed in 1864, was a collaboration of Philadelphia architect Samuel Sloan, who oversaw its programmatic development, and local architect Alpheus C. Morse, who designed the exterior of the polychrome High Victorian Gothic building, more or less on the site of the cruciform-plan main building, which replaced it in the mid-20th century. The Taft Outpatient Building (Stone, Carpenter & Willson, architects), was located northeast of the main building in 1891 (Full history by William McKenzie Woodward here). 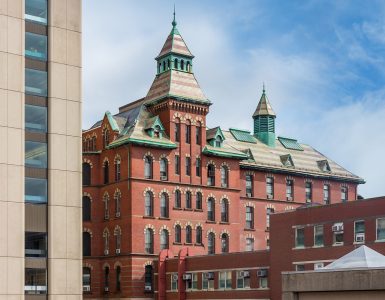 At the December 2015 City Plan Commission meeting, Rhode Island Hospital’s application to amend their Institutional Master Plan to include the demolition of the Pavilion was denied. RIH has appealed, and the appeal will... 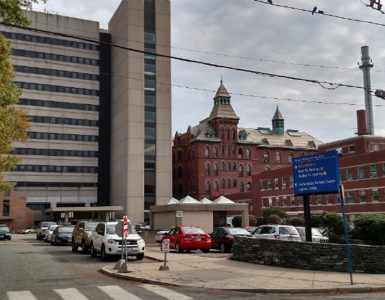