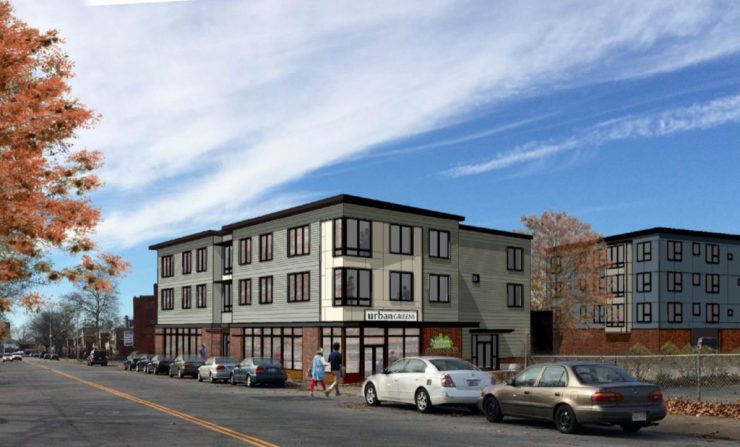 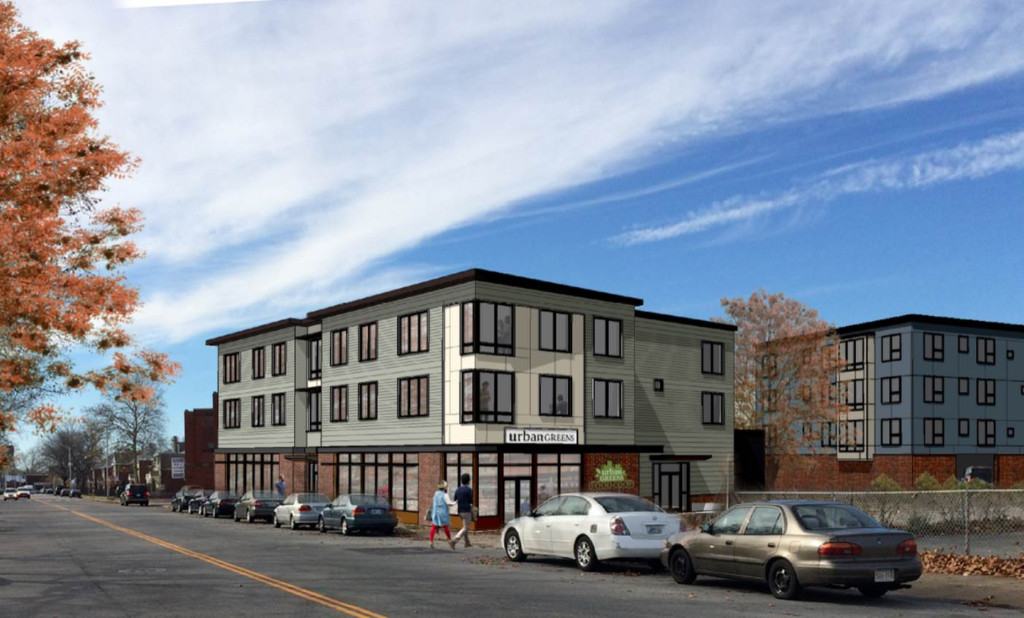 Urban Greens Food Co-op’s Cooperative Council is so glad to be able to share this exciting news with everyone!

In an event at the Columbus Theater, Urban Greens Food Co-op announced the future location of its consumer-owned grocery store. The retail store will be located at 93 Cranston Street, the site of the old Louttit Laundry building. The co-op store will be the anchor commercial tenant in a mixed use development including 37 residential units. Urban Greens will occupy a 7,000 square foot retail grocery space. The Co-op will be a full-service grocery store, though it will emphasize natural, healthy, and local food in its product mix. This announcement comes after a multi-year search and planning effort by the Co-op’s Cooperative Council & Site Committee to secure a viable site for Providence’s first consumer-owned retail grocery store.

The former Louttit Laundry site has been abandoned since 1985, and an empty lot since 2008. Owned by the Providence Redevelopment Authority (PRA), it was a Brownfield site, requiring environmental remediation. The city was supportive of the co-op’s desire to locate the store on the site, and the PRA and Urban Greens have worked together over the last two years to create a plan for the site, and bring the appropriate developer on board to purchase and develop the site. The development team is a partnership of Bourne Avenue Capital Partners, D+P Real Estate, and Truth Box Studio.

This site is ideal in so many ways for Urban Greens Food Co-op. It’s situated at the nexus point of three diverse neighborhoods: Federal Hill, West End & Upper South Providence, as well as being just west of downtown, and easily accessible from I-95 and Rts. 6/10. We’re incredibly excited to help meet the food needs of our immediate neighborhood residents while at the same time helping to expand consistent retail access to locally sourced foods in the Providence Metro area. 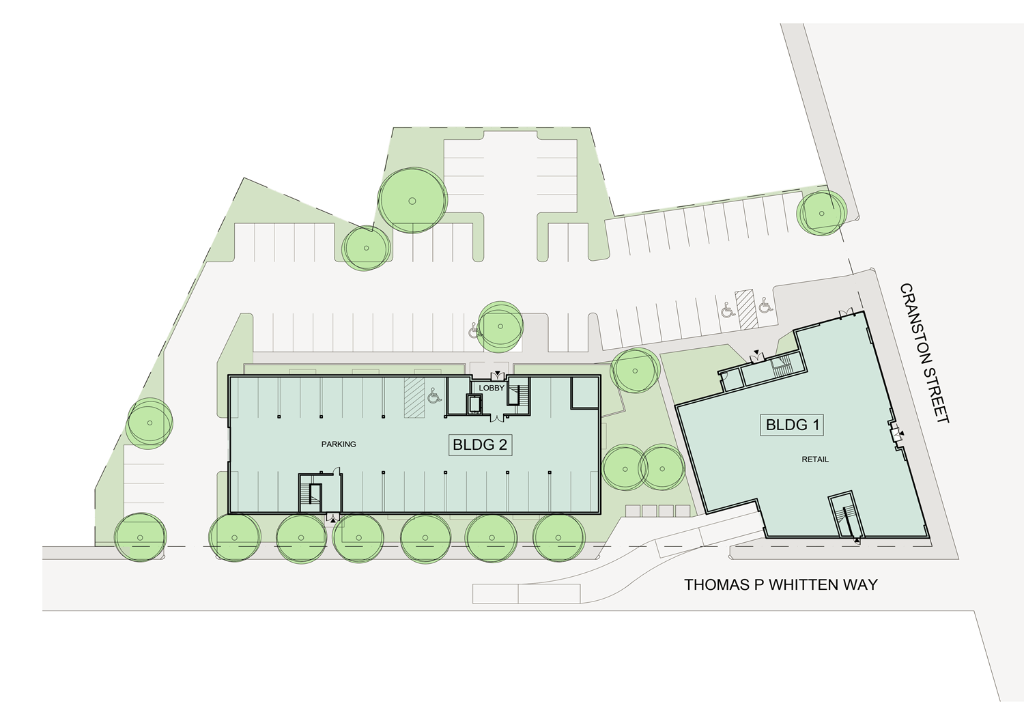 On Sunday, October 21, from 5:30pm to 12am, Urban Greens Food Co-op will be hosting a Fall Fiesta at the AS220, 115 Empire St, to celebrate the local food system, the power of co-operative structures, and Urban Greens...

Image from WBNA The WBNA has issued a Request for Proposals for a natural food grocer in their new building at 1577 Westminster Street. West Side group seeks natural foods grocery to partner Big incentives for...