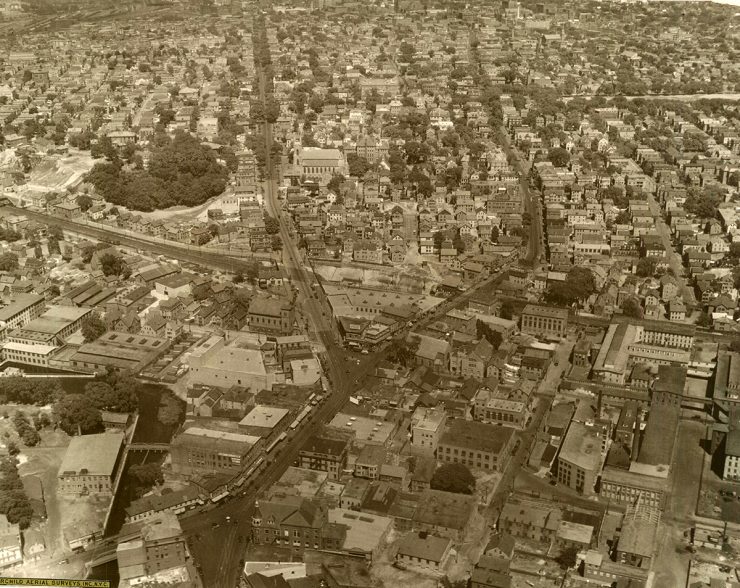 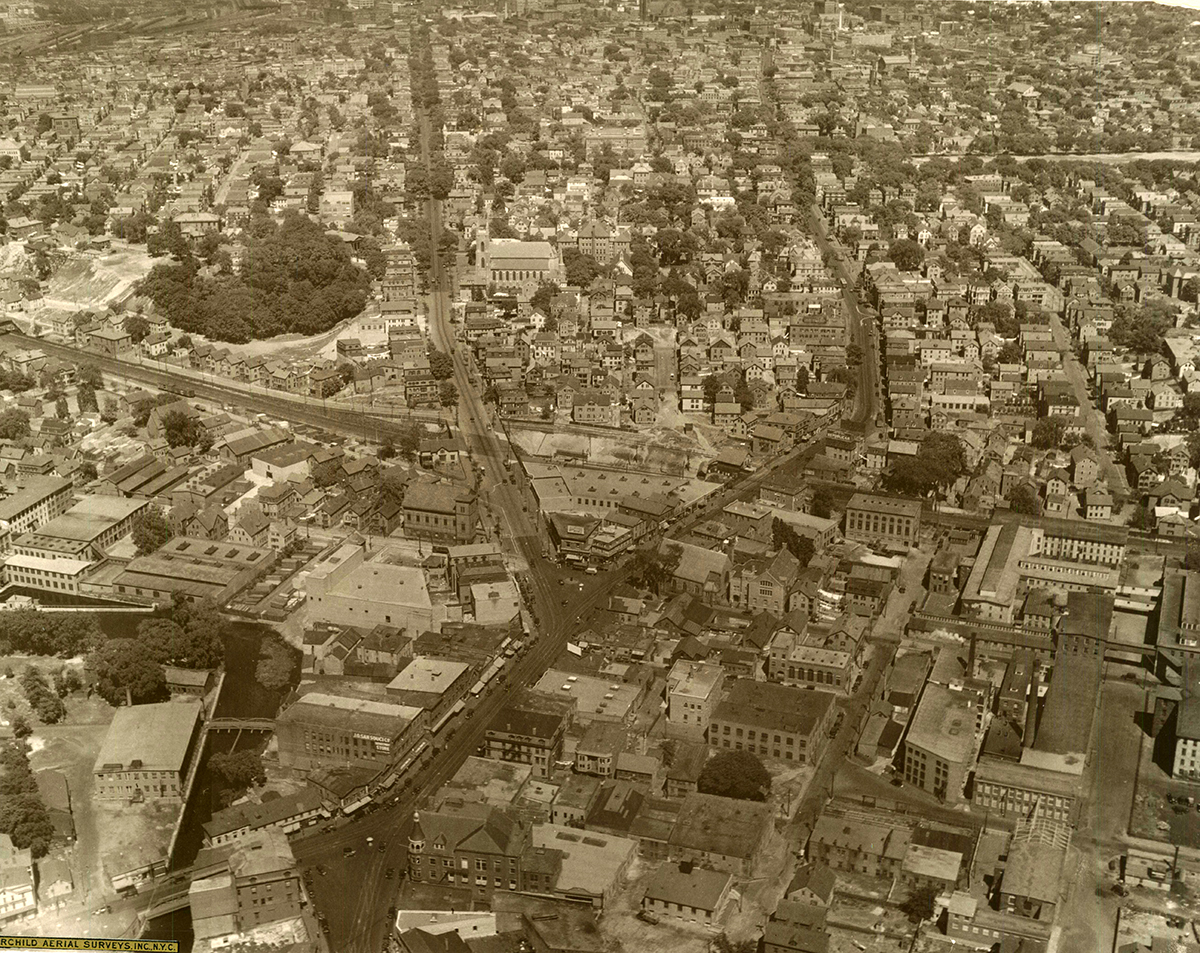 Olneyville before the construction of the 6/10 Connector

In the report released Jan. 22, VHB estimated that between 7,000 and 9,000 people use mass transit to reach downtown Providence from an area south and west of the city and could utilize a 6-10 transit line. The higher end of the estimate, 9,193, came from adding the passengers of 13 current Rhode Island Public Transit Authority lines and the 7,014 figure came from extrapolated census figures.

The additional 3,500 to 4,000 riders VHB estimates would use a new transit line on Routes 6 and 10 was determined by taking these numbers and adding “several percentage points” of higher transit usage to the population within the catchment area.

That all sounds rather, take a guess from this column and take a guess from that column, but OK. It seems like RIPTA needs some input on this. Do existing lines from the south and west get re-routed? Does that allow for better time into the City? Does that attract more ridership? Is there a demand for riders from the south to reach Olneyville without making a transfer in Kennedy Plaza and vice-versa..?

Details about what a rebuilt 6-10 interchange would look like are also unknown, with Department of Transportation officials saying they intend to turn at least part of the limited-access highway into a surface-level boulevard, but not how much of it.

That is somewhat encouraging.