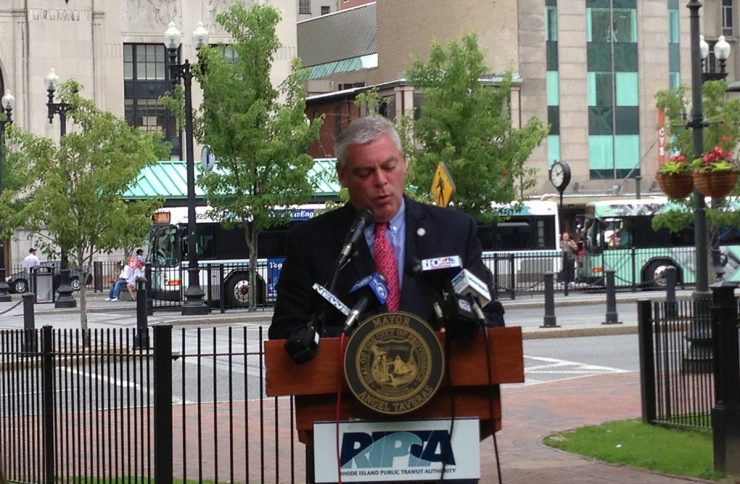 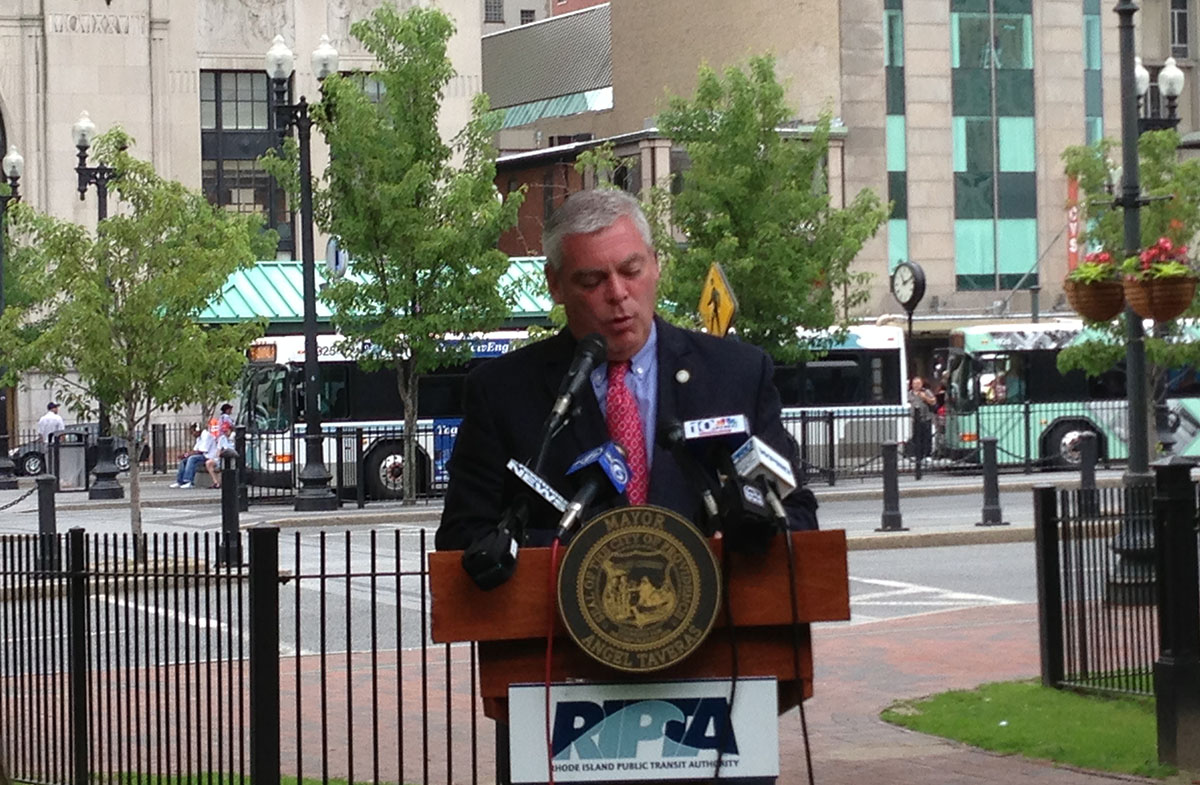 Scott Avedisian speaking at a RIPTA press conference in 2013

The Board of Directors of the Rhode Island Public Transit Authority (RIPTA) has selected Mayor Scott Avedisian as RIPTA’s new Chief Executive Officer. Avedisian, who has served as Mayor of Warwick since 2000, was chair of the RIPTA board from 2012 to 2016. The appointment is pending the successful completion of contract negotiations, RIPTA Board Chairman Wayne Kezirian announced today at a meeting of the board.

“Scott’s long, successful experience with RIPTA means he has an in-depth understanding of the Agency that enables him to immediately provide leadership in continuing our progress towards making RIPTA a success,” said Kezirian. “It’s a perfect fit for where RIPTA is today, and where we want to be in the future.”

“For nearly two decades, Scott has been an effective and bipartisan Mayor of Warwick and an ardent advocate for public transit,” said Gov. Gina M. Raimondo. “He is an excellent choice to lead RIPTA. I look forward to working with him to keep Rhode Island moving and provide Rhode Islanders with high quality access to public transportation.”

Avedisian said that he is excited about the opportunity to lead RIPTA, which he described as being an essential component of a successful economy, and provided Rhode Islanders with 16.6 million trips last year.

Capitalizing on successful routes and creating a more flexible system will be two of Avedisian’s priorities, he said.

“Overall, we need to build a new RIPTA that meets the needs of existing customers – and future customers – where they are,” he said. “A system that is innovative enough to be flexible has tremendous potential for growth.”

Connecting RIPTA with Rhode Island’s colleges and universities will be another priority, Avedisian said. “These institutions are engines of Rhode Island’s future economy, and we need to do our part to make those connections efficiently and effectively.”

Avedisian pointed to RIPTA’s recent award from GrowSmartRI for their innovative renovation of the Newport Transportation and Visitors Center as an example of the creative talent at the agency.

“RIPTA has provided great service to Rhode Island during the past half-century,” he said. “Now it’s time to put that innovative thinking and potential to work preparing for the next 50 years.”

Statement regarding the tragic death on a RIPTA bus today

EastBayRI reports on the domestic dispute that played out this morning on a RIPTA bus in Portsmouth, tragically ending in the stabbing death of the victim.

Warwick Mayor Scott Avedisian, who is also the Chairman of the Board of Directors for RIPTA, is spearheading the effort by adding RIPTA route information on the City of Warwick website beginning Friday. Share:Click to...